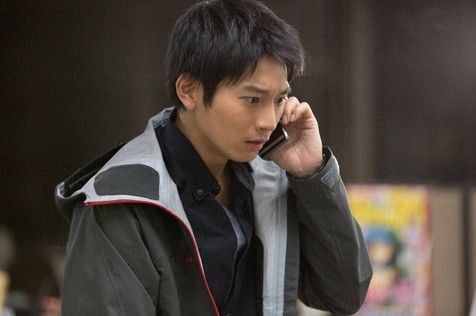 Shohei Okase stops by a racehorse training center and heads to to a street lined with expensive restaurants. Reporters Takehara and Tsumura lose Shoehei Okase in this area.

Later, Shohei Okase is found dead at a cemetery in Katsuura, Chiba Prefecture. He was strangled to death. The chief editor at the magazine believes Shohei was killed over the 300 million yen. The chief editor and Takehara go to the racehorse training center where Shohei Okase stopped by earlier. They learn that the owner of the riding stable is Ryuzo Nishida (Susumu Terajima) and the owner of the horse is Politician Torahei Tateyama (Ren Osugi).

A body in a suitcase is discovered in the forest in Mizusawa, Iwate Prefecture.