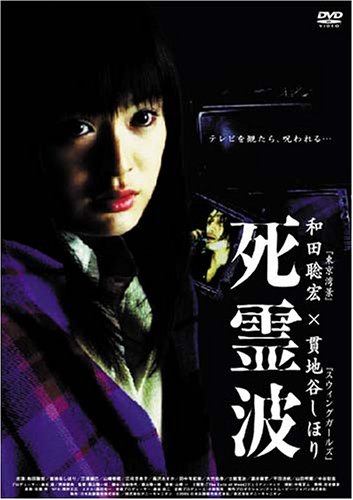 A meeting is being held in a TV network conference room about ratings for the program "Spirit Sightings." Ratings for "Akie Doma's Exorcism" corner, directed by Hiroshi Usui, have fallen and producer Akinori Hayami (Akihiro Nakatani) encourages him to do something about it.

Several days later, Akie Doma (Asuka Kurosawa), dressed as a priestess, starts the exorcism. Tsuyoshi screams as his body begins to shake violently. Runa's eyes seem to be following something as she mysteriously apologizes, "I'm sorry. It's all my fault..."

Hiroshi receives an e-mail from psychiatrist Akihiro Kawamura (MeikyoYamada), asking if he's heard about "dead waves." Kawamura had previously spoken out saying that incidents covered on Hiroshi's program were examples of mental illness and had nothing to do with spirits. Intrigued, Hiroshi surfs the Internet and finds reports of "dead waves," vengeful spirits that have combined with the TV broadcast waves to draw the viewers into the world of death.

Hiroshi feels uneasy and examines the matter further and uncovers the astonishing truth behind the Nagao household. Runa's mother and one of her classmates have disappeared. Hiroshi himself has become suspicious over the disappearance of one of his team.

Kawamura has come into possession of a suicide calendar, which he gives to Hiroshi. The calendar records instances of suicide and it becomes apparent that there has been an increase in suicides since October. October is when Hiroshi's TV program, "Spirit Sightings," was first aired. Coincidentally Hiroshi's ex-girlfriend, Shoko, also committed suicide on the first day of broadcast...

It is nearly 8 pm. The opening titles of "Spirit Sightings" are about to roll.

When the medium of television releases the "dead waves," a spine-chilling horror stalks the viewers...