Back in his high school days, Joon-Seok (Joo Sang-Wook) was bullied by Chang-Sik (Yang Dong-Geun). Because of this, Joon-Seok's high school days were like a nightmare. Now, Joon-Seok finds it difficult to live a normal life due to the bullying. Meanwhile, Chang-Sik, who has forgotten what he did to Jeon-Seok, lives a relatively happy life. He is about to marry Ji-Hee (Lee Tae-Im). Joon-Seok will pay him back for all the misery. 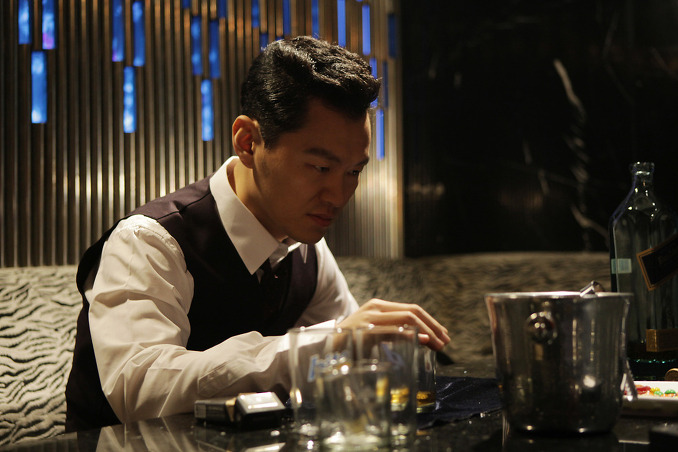 yonca köngül Dec 02 2017 5:39 am I like the song of the end of the film. I want to know the name of the singer and of the song. I find the theme of the film not good. The "real" nature of a human is "good", not bad!All the people in the world, we like the same things. We want to success in the job, we like water and forests. We want to have a home near the sea or a forest, we like cute animals. And the best thing we have is our feelings, our capacity to love; to love our children and to love the opposite sex, our partner. We want to find all the good things of the world in a film.So, we are satisfied and happy at the end of the film. I think, for the carrier of an actor is such kind of films with the "all bad things and problems our world" not good and wasting time and his abilities, if he want to be famous and to be loved from the audience. Joo Sang Wooks film role in the serie "good doctor" brought him absolutely more love from the audience. I will be gladly to see him in films with a love story or in classic or not classic dramas with a "good happy ending". We all have different difficulties in our lives. When we are watching a film, it is like a dreaming for us.In this time, we forget, or sometimes, we want to forget for a short time our "real lifes". This is the reason that, why the majority of the people like science fiction-horror-adventure- or love films. Nobody watch gladly a film like "Days of Wrath".We know,such themes are a part of life on the world, but want not to see that in a film!

goldeng Mar 10 2015 12:59 am I was really curious of the whole revenge plot but it was SO disappointing... like, when I thought something big was going to happen it never happened... I waited til the end for him to actually do something that could be translated as justice -be it justice at his hands or proper justice with that guy in jail- but it never happened. The only thing this movie seemed to make us know is that some people come to this world to suffer, suffer and suffer some more without logical explanation, desire to live or to move on and even when they could actually avoid it OR get out of the awful situation they are in, they decide to do nothing about the stuff that are torturing them... I really like Joo Sang Wook but this movie was a waste of his time and the time of ALL the actors involved...

Angela Jan 26 2015 7:13 pm This is not the success movie of Sang Wook. I think he can play a better role in a better story. For Sang Wook, please don't receive the cheap and poor character like this. We always look forwars watching you in more impress and higher class. Love you.

lauren Jan 19 2015 1:54 pm How can they make this character so pathetic.I think the purpose of the movie was to leave the audience upset at how tragic this guys life is.I was so upset half way through the movie .This guy was bullied over and over and his revenge was stupid and a joke.Korean movies are becoming more weirder and weirder.There was so many ways that character could have developed ,there were countless approaches to have been taken ,if the idea was for the character to be seen as a tragic bum.Then why not develop the tragic bum idea...rather than create this sorrowful character,that no can sympathize with.

Anasarca2@cavenurse Nov 08 2014 9:15 pm The acting was really good, but the movie was really depressing. I have to agree with Eugjingia.

eungjingja Nov 04 2014 11:50 am Eungjingja or Days of Wrath review: First let me tell you that I have been compelled to create an account for the sole purpose of giving thisreview.This is by far the worst revenge movie I have ever seen, and I've seen a fair amount of revenge movies, thrillers, almost all genres of Korean cinema, with which I have been enthralled. This movie however, leaves a sour taste. This is the first South Korean film that I will not watch a second time, nor recommend to others.

The movie in a nutshell: The protagonist in the film is so weak he cant even defend himself and he's what, bulkier and taller than the antagonist. He's by no means unhealthy, he's even an academic achiever.Second, he experiences humiliation day by day, verbal, physical assaults (which I think were placed to justify his vengeance later on) His girlfriend gets raped in front of him and he does nothing. Gf kills herself the next day,still...nothing. Years pass,He gets older, gets beat up some more in the guise of his "revenge" and gets another girlfriend killed in the process of his "revenge". After all that, the silver lining is that he gets to kill his tormentor by scythe, and this is not even done artistically. He dies after that, run over by one of his tormentor's henchmen. I did not sympathize with the ending at all; it was just so disappointing that at the end of it all, it seems like nothing was achieved. He never got justice, he just wasted his life. It is so blandly done, that I found myself waiting for him to show that at least, after 20 years, he had done some sort of self improvement, or he's prepared himself for his revenge, mentally or even physically. His vengeance was child's play compared to what he experienced being bullied. I expected some sort of dark and gruesome revenge scenes at the middle part of the movie but the film seemed intent to disappoint. This is the weakest character I've seen in my many years of watching films.

I know what being bullied feels like so its safe to say I understand what the character is going through. But this movie, with so many plot holes and forced scenes to evoke some sort of sympathy or emotion from the viewers was ill-made. I don't know what this movie is trying to be: a thriller? a revenge movie? a melodrama? It seems it was made from bits and pieces of other successful movies that came before it. The storyline started strong, with good pacing but got weaker the deeper we get into the movie. I would say its a complete waste of time, for a genre that this wants to be, you're better off with the classics: The Chaser,Oldboy(revenge trilogy by Park Chan Wook), memories of murder, and others.

I would still like to give kudos to the people behind the film, as I understand it takes a huge amount of effort to make one, but I am by no means a fan of this director. When it comes to the cast, everyone seemed to fit their role perfectly, its just the cracks in the story or the concept itself that took the wind out of what could have been a decent film. I'm looking forward though to better releases from South Korea as I have become addicted to their style of films. Hopefully a better one comes, as soon as possible.

I Gave this a 2/10 simply because I appreciate the huge effort behind making a film.

fofuchas Jan 10 2014 10:09 pm My partner and I stumbled over here by a different website and thought I should check things out. I like what I see so i am just following you. Look forward to exploring your web page repeatedly.

Jung InHyun Oct 25 2013 6:36 am I think, Joo Sang Wook oppa will be the guest at RUNNINGMAN to promote the film. Looking forward for this film. TaeIm unnie many roles played by my favorite actor, as LeeSangWoo don't hesitate, Joowon and UhmTaewoong at SIU. and by coincidence their last name Woo, Won Woong and now Wook.