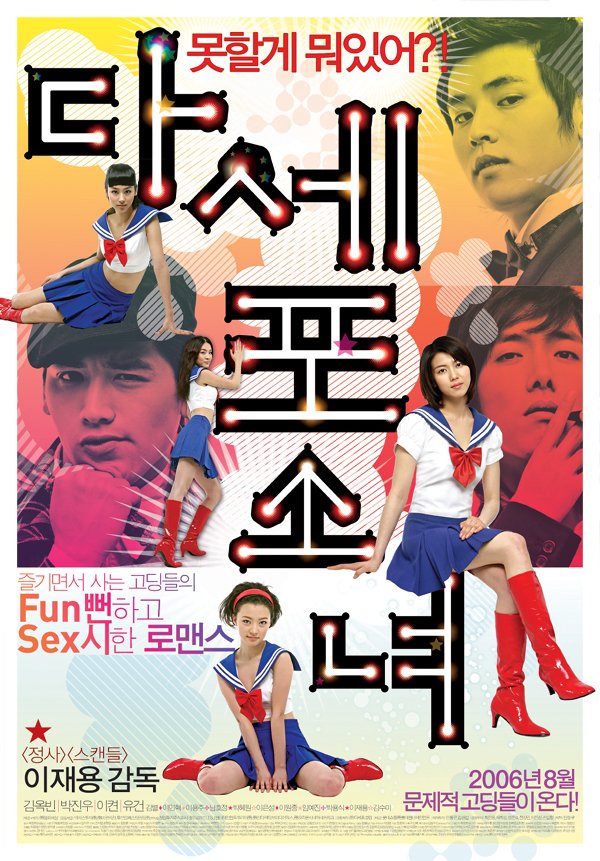 Museulmo High School, situated somewhere in South Korea, may or may not be your typical high school.

One of the students there is named “Poor Girl” (Kim Ok-Vin). She walks around with a stuffed doll draped around her back, which she calls “Poverty.” As her name implies she is as poor as poor can get. She lives with her mother (Lim Ye-Jin) in a one room building. Her mother is chronically ill and is buried in debt. To help pay for her mother’s bills, her own credit card bills and support her younger brother Poor Girl has turned to prostitution to support her family. Because of this, she carries a heavy burden of guilt and shame. So much so that she has attempted suicide and thinks about dying often. Her only friend seems to be her doll “Poverty.” That is until she meets a new client.

The new client is a cross-dresser (Lee Won-Jong), who's looking for a girl to play sisters with and become friends with. Poor Girl is able to share some of her problems with her new found friend. In the meantime, she dreams about dating her classmate Anthony (Park Jin-Woo).

Anthony comes from a rich background. His (adopted) parents are diplomats from Switzerland. He has everything a teenager can possibly wish for: good looks, expensive cars and expensive suits. Anthony goes through life enjoying his superficial ways…until he meets Double Eyes (Lee Eun-Seong).

Double Eyes is the sibling of Anthony’s classmate Cyclops (Lee Kyeon). Cyclops is a bit of the outcast at Museulmo High school. As his name indicates he has only one eye. His days at Museulmo High School is filled with loneliness from being the outcast and the object of their jokes. While waiting for his sister Double Eye at a restaurant, Cyclops is spotted by Anthony and his two friends. One of Anthony’s friends asks Cyclops, “Does your sister have a third eye?” Anthony and his friends laugh among themselves…until they see Cyclops’s sibling named Double Eyes. Double Eyes looks absolutely hot and his classmates are in shock. Anthony immediately falls in love with Double Eyes. Unfortunately there is a secret with Double Eyes…she is actually a he.

As the lives of these students progress at Museulmo there is another problem that soon starts to emerge. Students, who have never shown any interest in education, suddenly become immersed in studying and preparing for their college entrance exams. They even give up dating! It's up to these classmates to find out what is really going on at Museulmo High and prepare for their graduation. 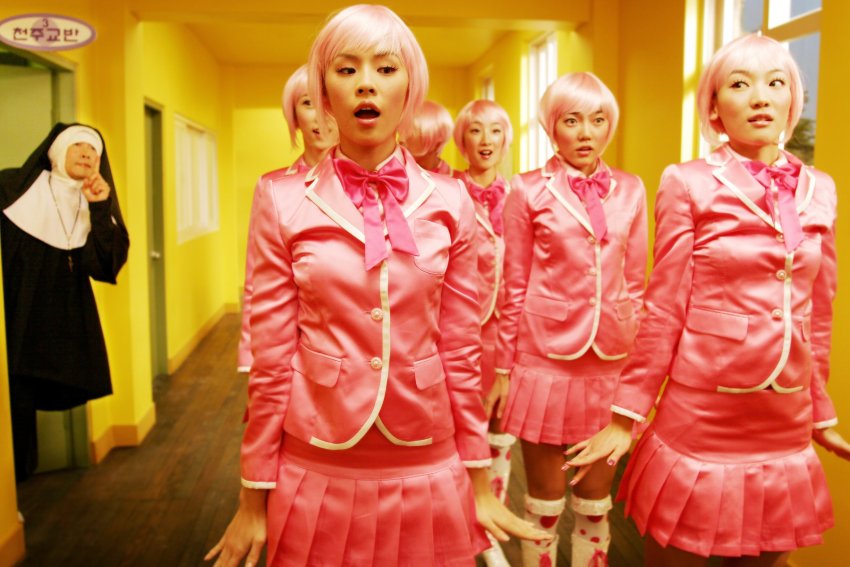 malcolm Sep 25 2016 8:52 pm A really really funny film full of sexual images and with one of the most infectious theme songs ive ever heard ..its a bit of a gem and one of my fave Korean comedy's..