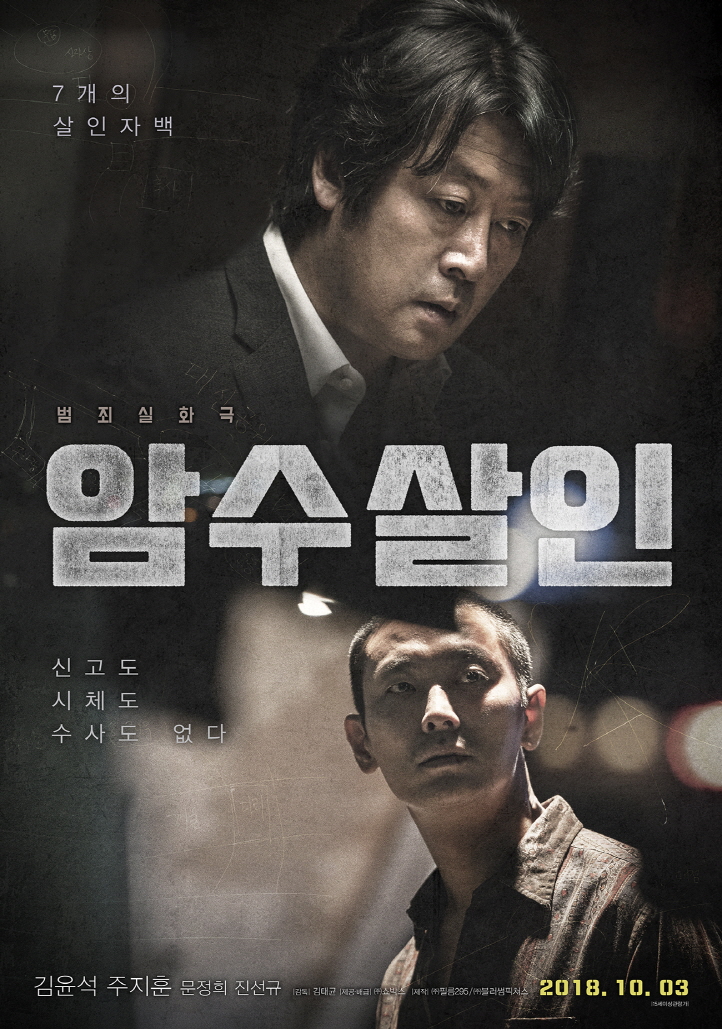 Hyung-Min (Kim Yun-Seok) is a detective in Busan. He doesn't care about getting promotions, but instead focuses on solving cases. At a small restaurant in a traditional market, he meets up with Tae-O (Ju Ji-Hoon) through an informant. Tae-O discloses that he received money to bury the body of someone. As he is about to reveal the location of the body, cops descend on the restaurant and arrest Tae-O for the murder of his girlfriend.

While riding a cart on a golf course, Tae-O receives a phone call from Hyung-Min in prison. Hyung-Min reveals another bombshell. He states that he has killed 6 other people. Hyung-Min visits Tae-O in prison and there Tae-O drops hints about the 6 other murders. Hyung-Min's intuition tells him that Tae-O is telling the truth, while others are skeptical of Tae-O's confession. Hyung-Min now sets out to find the murdered victims without knowing their identities.

Joine Jan 19 2021 7:19 am The actors were both good. The character of JJH is twisted, psychopath. Sick in short. I agree its not really stressful to watch it. Good movie.

Fatiha Dec 22 2020 5:28 pm All i can say he hasn't disappointed me ever in any movie and drama he ever has acted in. I hope he will see more of him in 2021 This is a movie i reccomend everyone

Ega Oct 27 2019 11:23 pm Great movie! This is one of thriller movies with clear pictures, and not stress while watching it. Their acting awesome!