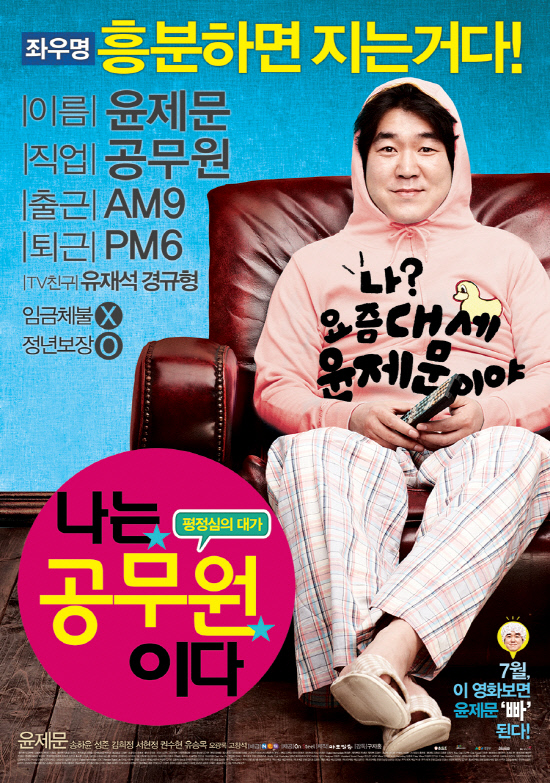 Dae-Hee (Yoon Je-Moon) is a low level city government employee in the Mapo district of Seoul. His department handles various issues like trash, noise, and public safety. Dae-Hee isn't married, nor does he have a girlfriend at the moment. He also doesn't have many hobbies. Dae-Hee enjoys memorizing facts from books to impress his colleagues and watching television until falling asleep. You can say he is conservative and his job at the city government office suits him well.

Within the Mapo district lies the Hongdae area famous for the thriving indie rock music scene. Dae-Hee leaves with a co-worker to talk with a band who has received numerous complaints from neighbors about loud noise in a residential neighborhood.

The band is practicing for their next album which is coming out in the upcoming days. They are disheartened when Dae-Hee and his co-worker informs them they have to stop playing in their rented basement. During their talk, a man comes by and offers the band to rent his attic room for a generous price. Dae-hee and his co-worker knows something is fishy, but just go about their business.

The next day, the band discovers their musical instruments and rent money stolen by the con man who offered to rent his apartment. Meanwhile, they become angry at civil worker Dae-Hee who introduced them to the con man. They go visit Dae-Hee at his office.

To avoid a scene in front of his boss, Dae-Hee quickly offers the band his basement for their practice sessions. Dae-Hee seems to have little interest in music or the kids. Yet, days later when 2 members quit the band, Dae-Hee is recruited to join the band as their bassist .... 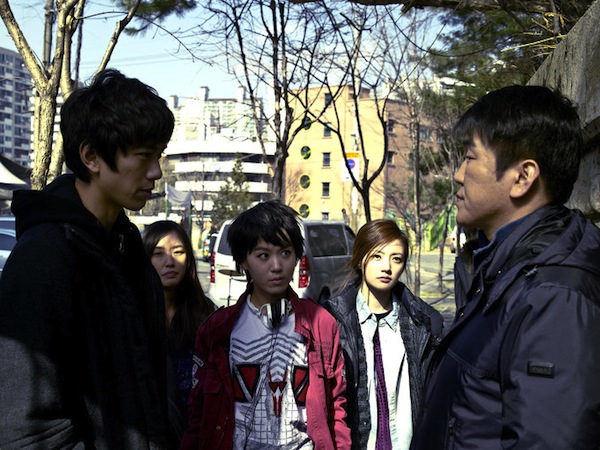 NGS Jul 21 2017 9:39 am Nice movie! :) I can relate to the ahjushi's life... often people afraid of taking risk for their life, because they afraid to lost something they got for so many years... Well, taking the risk and responsible for it. Life is about to learn in the end. If you fall, then rise again :)

Krissa May 11 2013 7:57 am Just amazing movie. Completely agree with the last comment, that this movie is about "Taking risks". And if a Hollywood Reporter says that this movie is "anti-music film" then he did not watch it. This movie is about so much. In this movie the main character says he doesn't like music but in the end he says music is one of the best that can happen to a person, it is cheap and nice. And he started enjoying life by taking a risk, he could have chosen other things to do but this was his path. Just love this movie, reminded me a little bit of the Japanese movie "Shall we dance" about a man wanting a change in his life and started taking dance lessons and by that he starting enjoying life. But in this Korean movie fate stepped in and made the lead actor go this particular path though he didn't even want it in the first place. He thought he was content with life because he is afraid of changes. Life comes to certain points where you just have to take risks and stand by your decision, either if you win or fail. The cast in this movie "Dangerously Excited" is awesome and their acting superb. The music was cool and the essence of the movie is lifechanging for any person who doesn't dare to take risks in his/her life, which is almost everyone in this world. Even the slightest risk can be lifechanging and hopefully it will be for the good for everyone. Loved the movie and the soundtrack for the most parts :)

Loan Nov 21 2011 12:34 am It seems like an interesting movie to watch through reading the synopsis. I agreed with you about the lead actor, Yoon Ye Moon, because he plays the usual character of a gangster or big boss, so it is enlightening to see him as a bassist who is sympathetic toward the indie rock band. Unfortunately, in United States, it doesn't have an immediate release of a low budget Korean film like this.

The movie starts out not like a typical music film. In fact, the movie's main character Han Dae-Hee is the furthest character you could imagine in a music film. Han Dae-Hee, played by more often than not supporting actor Yoon Je-Moon (usually wears a sharp grey shark skin suit and plays gangsters) nails his character of a stuffy boring guy who gets his one kick from memorizing facts to impress his co-workers. He works as a city hall employee responsible for various issues like noise ordinance, trash pickup and clearing the streets during heavy snow days. Anyways by a chain of events he ends up letting an indie rock band stay in the basement of his apartment. Dae-Hee's interest in music gradually picks up and before anyone knows it he becomes a member of the band.

The movie comes off like a fresh breath air. There's a lot of bright comedy, intriguing story development and the sweet sounds of an indie band coming together to play great songs.

Let me backtrack a bit. After watching "Dangerously Excited" and pretty much falling in love with the movie I happened to pick up a free Hollywood Reporter edition for the Busan International Film Festival. While browsing it I saw a review for "Dangerously Excited" and as you can tell I was excited. Then while reading the review, which completely trashes the film, my heart sank and then I became quite numb from reading the reviewer's completely inane reasonings for not liking the film (her entire review can be read here). One of her main gripes with the film is that -

"They don’t appear to win anything after the big show, so what the point of all their efforts was remains a mystery."

I was stunned by that sentence. I guess a story centered around anyone but the victor in a sporting event, musical event or art contest is just pointless? Anyways if you are curious what "the purpose of the movie" is or its main theme it is clear as night - TAKING RISKS! TAKING RISKS! TAKING RISKS! Be it the main character's choice in job or the indie band's choices in their musical careers.

The Hollywood Reporter reviewer also lazily regurgiates BIFF's synopsis for the film which states that the movie is an "anti-music film". Rest assured that "Dangerously Excited" is clearly not an "anti-music film," but rather an "anti-pop music film." Huge difference that goes back to the movie's main theme of TAKING RISKS!

So from one huge movie fan to another I would absolutely encourage anybody that has the chance to catch this wonderful film. If I had a voodoo doll for that reviewer from Hollywood Reporter, that doll would have lots of needles in it by now.