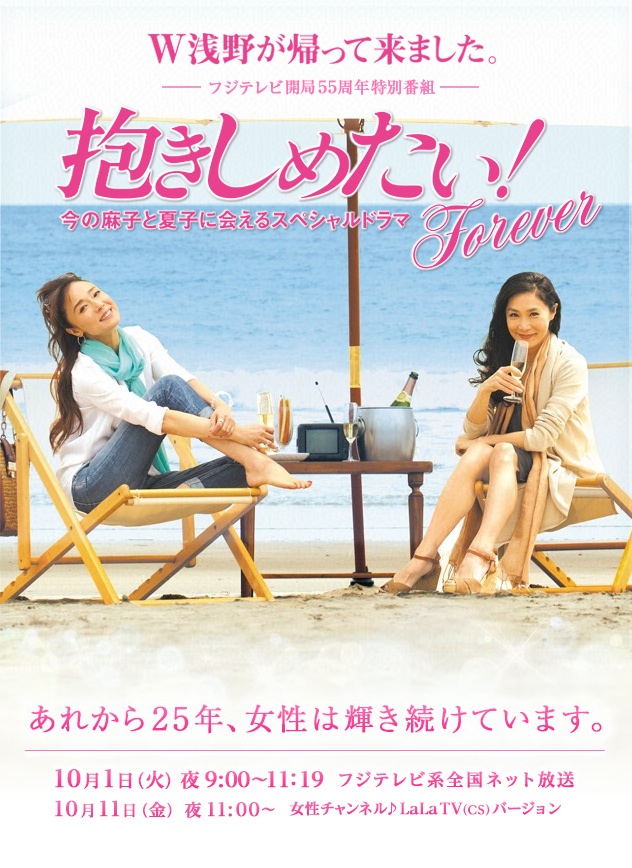 Unmarried Asako Ikeuchi (Atsuko Asano) runs a small company, where several stylists work. Asako also works as a stylist for a magazine. Asako hasn't had a serious romantic relationship in 10 years. She sometimes feels lonely, but she is comfortable with her current state of affairs. Asako has a good friend named Natsuko Hayakawa (Yuko Asano).

Natsuko Hayakawa is married to Keisuke Hayakawa (Koichi Iwaki), but they don't have a child yet. Keisuke runs several restaurants. Natsuko's only problem is that her husband's business isn't doing well. She hopes her good friend Asako will marry soon.

One day, Natsuko storms into Asako's house. She tells Asako that her husband Keisuke was having an affair with a younger woman. Asako is dumbfounded hearing about this. It turns out Natsuko is now the mother of a 1 and a half year old son, from her husband's extramarital affair. The younger woman left their son in the care of Keisuke and then left for the United States. Keisuke is unable to get in contact with her. Asako soon becomes drawn into Natsuko and Keisuke's conflict.

Asako meets a lawyer named Kyoichiro Seto (Masao Kusakari). He has been hired by the young woman having an affair with her friend's husband. At first, Asako and Kyoichiro Seto are hostile with each other, but they soon develop feelings for one another.