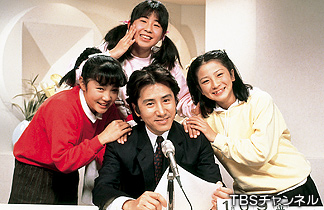 He didn't even like children, yet without warning, the handsome, single newscaster finds himself playing the role of father to three impertinent daughters. His entire image of the roles of the sexes gets turned upside down as he makes the transition from a swinger into a caring parent.