Daddy You, Daughter Me

(Redirected from Dad is Daughter) 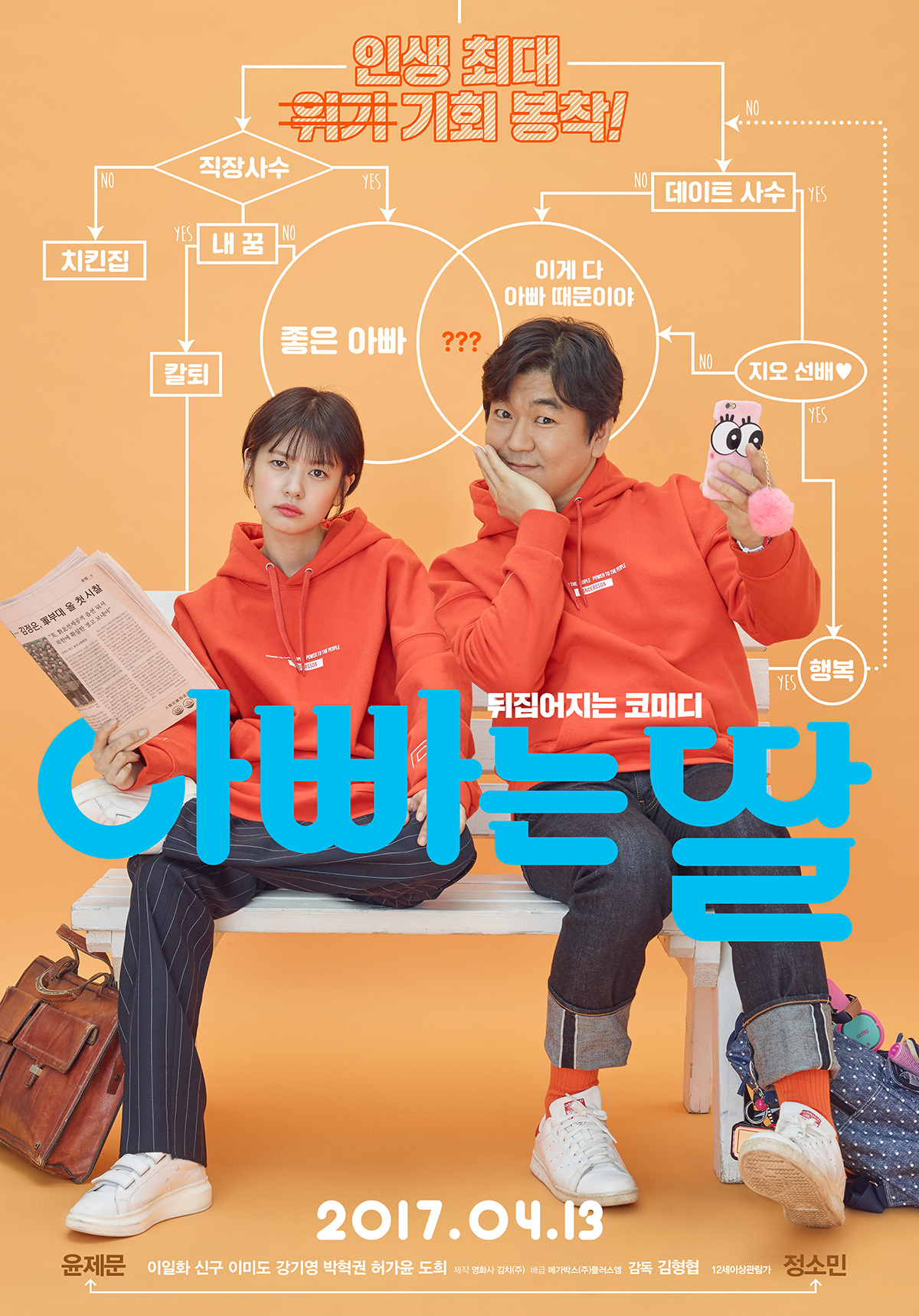 Do-Yeon (Jung So-Min) is a high school student. She doesn't have a good relationship with her father (Yoon Je-Moon) who is constantly nagging to her to study. Do-Yeon’s dream is to go on a date and her first date is approaching. Meanwhile, Do-Yeon’s father has worked as a chief section for years and never had a promotion. His chance for a promotion is finally approaching. Both father and daughter have important moments arriving, but they suddenly change bodies.

Kyoshirou Feb 25 2020 1:29 am Watching it now in Asianovela Channel in the philippines .. had a couple of laughs already.. i think i will really enjoy this :-)

Does someone know the song she was singing in the school audition?

Rhyss ikram, dr Oct 16 2017 4:35 am Hahaha....a totally strangely hilarious story:). Especially the daughter in the body of the father while sleeping with the mother... oh my...lol... As usual jung so min is awesome & came out awkwardly funny. The story is nice...depicting real moments of relationship between a father & a daughter...nice. I want to watch jsm again in ‘because this my first life’.

ms eomma Jul 03 2017 9:05 pm It's a very good movie. Such as heartwarming story about daughter and father. This makes me missed my dad even thought I'm 27 this year. I recommend it!

Grace Jun 08 2017 3:04 am such a heartwarming movie! :) Especially to daughter and father...I am daughter myself and find it awkward around my father :( just like this movie. when I was a child I really close to my father. hehe. thanks for remind us to be kind to our father !

ozzie Mar 05 2017 6:05 am its not a good plot. changing bodies with oppposite sex parent?? a father who can see his daughters body?? a daughter who can see her fathers body!! couldn't be more disturbing.

donahmeee Mar 03 2017 9:18 am i think its very funny drama. swaping ur body with your dad. ahahhah. im looking forward for this..

harshwardhan Mar 02 2017 6:43 pm i am looking forward to this movie .i am kpop lover and k-dramas and k-movies lover too . this look really funny and i love body swapping movies or dramas.