Kang Tae-Sik Choi Min-Sik is a 43-year-old former silver medalist boxer. He now spends his days hawking himself as a human punching bag to passersby in a shopping district in Seoul and other times hiding from various loan sharks. His wife wants a divorce and is threatening to take take their own only son with her.

Yoo Sang-Hwan (Ryoo Seung-Bum) is a troubled youth, who was only recently released from prison. Sang-Hwan robbed and beat up his elderly neighbor in an attempt to pay off his debts. While in prison, a guard recommended Sang-Hwan take up boxing as a way to release his agression. Now, with his father having passed away, his mother's whereabouts unknown and his grandmother just having a stroke, Sang-Hwan is desperate.

An amateur boxing competition takes place, providing hope for these two men. They will meet in the ring. 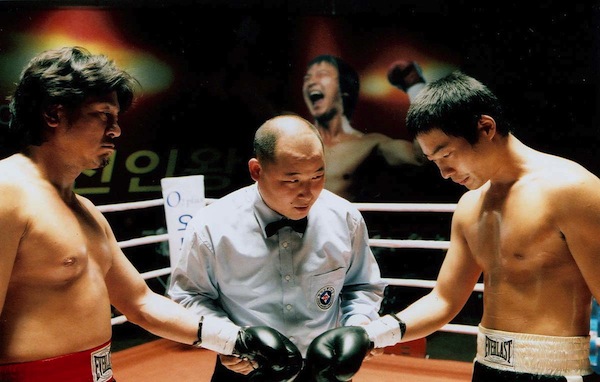