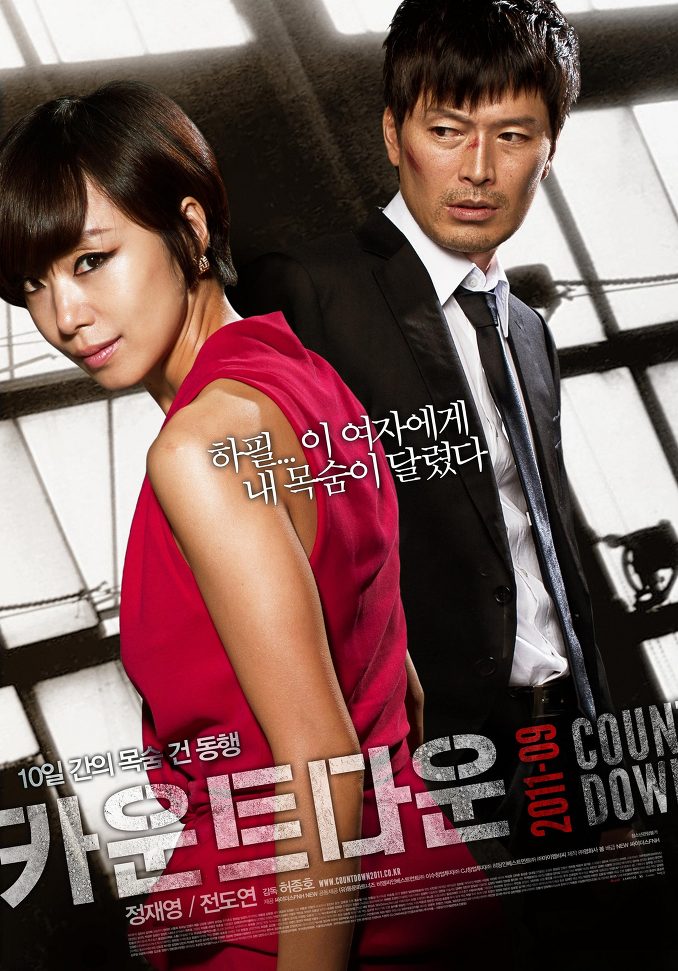 Tae Gun-Ho (Jung Jae-Young) is a cold-blooded debt collector, but he is also in debt himself. He goes back to his old apartment that is being demolished and discovers a cassette recorder that his deceased son played with. Gun-Ho doesn't remember how his son died due to his memory suppressing a traumatic event.

On the day that Gun-Ho pays off his debts, he passes out in his car at a stop light. At the hospital he is diagnosed with liver cancer. Gun-Ho learns that he doesn't have much time left to live. He needs to find a liver donor within the next 10 days. His son died five years ago and donated his organs to five other people. Gun-Ho contacts these five people to ask if they can donate a liver to him. Four of those persons refuse. There is one person left.

Cha Ha-Yeon (Jeon Do-Yeon) is in prison and she is the last person on Gun-Ho's list. Gun-Ho makes a visit to prison and asks her to donate a liver. She says yes, but under one condition. Ha-Yeon will be released from prison in a few days and Gun-Ho must find a guy named Jo Myung-Suk (Lee Kyoung-Young) before then. Gun-Ho is able to fulfill his part of the deal.

On the day of her release, Gun-Ho is there waiting for her. While driving out of the prison parking lot they are ambushed by gangsters looking for Ha-Yeon. They barely escape after a mad car chase. When they stop at a highway rest stop, Gun-Ho goes to get Ha-Yeon medicine. In the meantime, Ha-Yeon jumps into driver's seat and takes off.

Ha-Yeon heads to Busan to get back the money Jo Myung-Suk stole from her. Years ago, Jo Myung-Suk and Ha-Yeon ran a ponzi scheme. Jo Myung-Suk turned Ha-Yeon in to the police as the scapegoat. Meanwhile, Suwayi (Oh Man-Seok), a Korean-Chinese street gang leader, is in hot pursuit of Ha-Yeon for the money he lost to her in the ponzi scheme. Gun-Ho also heads to Busan to get Ha-Yeon to follow through on her deal before it's too late him. The countdown begins ... 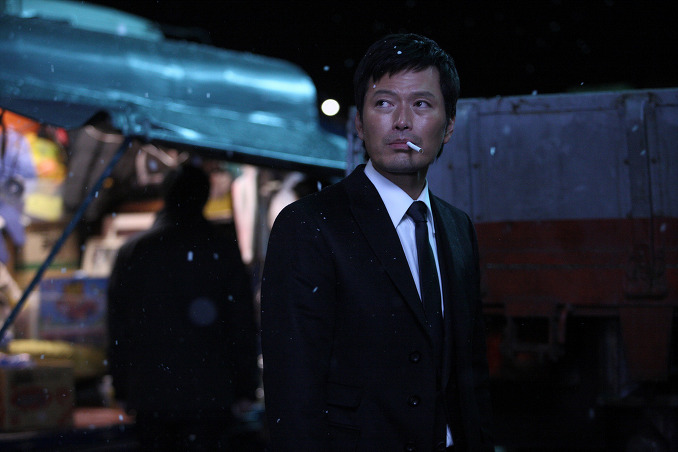 xino May 10 2013 7:40 pm this movie was gripping, the ending was so touching. the main actor is the same guy from Moss movie. in Moss he was an absolute prick.

but here he was cool, the lady was the prick in this film

Ki Oct 03 2011 5:00 pm Man talk about a major letdown. I was so hyped for "Countdown" due to the pairing of Jung Jae-Young and Jeon Do-Youn, whom I enjoyed in their last pairing (2002 film "No Blood No Tears"). Also reading that "Countdown" was invited to the Toronto International Film Festival gave me more hope that the film might possess something special and heck I wanted to see Min (from Miss A) make her acting debut as well.

The problem with "Countdown" you ask? Movie feels like two entirely different films - with the first half being an entertaining fast-paced crime caper and the second half dropping off a cliff and into perpetual crank the violins and bust open the kleenex box type of tearjerker film.

Making things even more frustrating I really enjoyed the first half! Jeon Do-Yeon was her usual great self, but this time you could sense weight on her shoulders were lifted by not having to follow a heavy script or playing the weak victim. She was sexy from the get go and brought a lot of sass to the screen. Jung Jae-Young was more dissappointing, but passable. I like him in most of his films, but felt this time he just wasn't gritty or dirty enough and didn't appear right for the character. Anyways the first half whizzes by with a lot of doublecrosses, chases, and seductions. Which was more than fine by me. Pure popcorn delight if you will up to this point.

Also, I'm not sure why the movie took so much from "The Yellow Sea" - couldn't ascertain if it was tongue-in-cheek or just copying, but the Chinese-Korean character played by Oh Man-Seok matched Kim Yun-Seok's character from "The Yellow Sea" down to the wardrobe. Also once the storyline kicked in, multiple parties converged upon Busan to go after one person, just like "The Yellow Sea." No idea what that was about, but I gave the movie the benefit of doubt and thought it was just a tongue-in-cheek acknowledgement to that film's worthiness. Who knows.

Meanwhile right around this time, the movie hit its half way point and man does it hit it with its brakes. SCREECH! STOP! Yes que up the violins, bust open the box of kleenex, because the movie morphs into a dry tearjerker. At this point I had to think "wtf?" and wanted to know where the heck did the movie I was enjoying so much go?

No idea, but it certainly doesn't exist in the second half. Shame too, because the movie wasted another great performance by Jeon Do-Yeon and the first half had so much promise. Pfft.