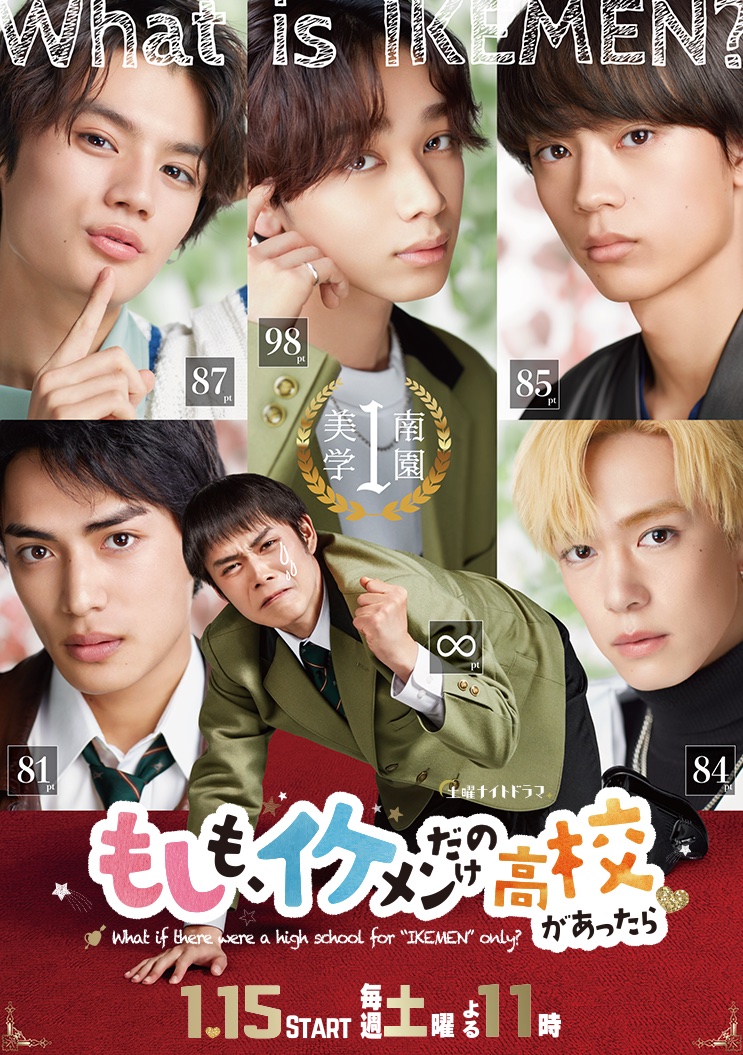 Although Minami School seems like an ordinary school, one thing that differentiates the school is the high ratio of good looking boys that attend the school. This is intentional as the school aspires to win the national high school ikemen (‘good looking men’) contest. The school has won the contest many times in the past, but, more recently, has been in a losing streak.

Ryoma Ikeda (Kanata Hosoda) is a first year student at Minami School. He possesses an ordinary appearance, but, miraculously, he was able to attend the school. He is surrounded by students who are visually stunning and his school life is not so happy because of this. Nevertheless, Ryoma Ikeda decides to become a contestant for the school at the national high school ikemen contest, focusing on his personality and his creativity. Meanwhile, Kanna Sakurai (Sakura Endo) is a pretty female student at Minami School. She isn't interested in good looking guys and takes an interest in Ryoma Ikeda.