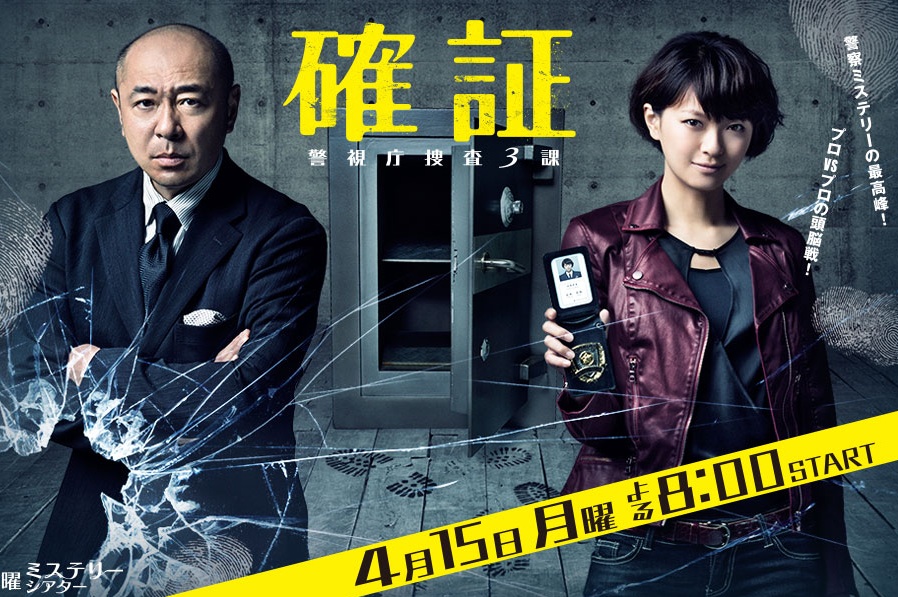 Akiho Takeda (Nana Eikura) is assigned to #3 investigation team for The Tokyo Metropolitan Police Department. On her first day at work, a burglary takes place at a jewelry store in Shibuya. The case though is taken by the #1 investigation team which Akiho hoped to join. Nevertheless, Akiho goes secretly to the jewelry store where the theft took place. There she sees a man with piercing eyes among the onlookers. That man is veteran detective Shuichi Hagio (Katsumi Takahashi), who also works for the #3 investigation team. They become partners and work together.

Later, a safe at a jewelry store in Roppongi is broken into. The safe breaking case is assigned to the #3 investigation team. Shuichi and Akiho go to the jewelry store in Roppongi. They learn that the safe was protected by a secret code and a high tech fingerprint authentication system. Stolen from the safe is the diamond called "Besu". The "Besu" is one of three diamonds that makes up the "Kuraida Family's Three Sisters". The other two diamonds are "Ani" and "Kyasari". The diamond "Ani" was stolen from the jewelry store in Shibuya, that occurred a few days earlier. Several people believe the two diamond thefts were done by the same person(s), but Akiho mentions the techniques used by thieves are different. Yet, Akiho believes there must be a connection between the two cases.