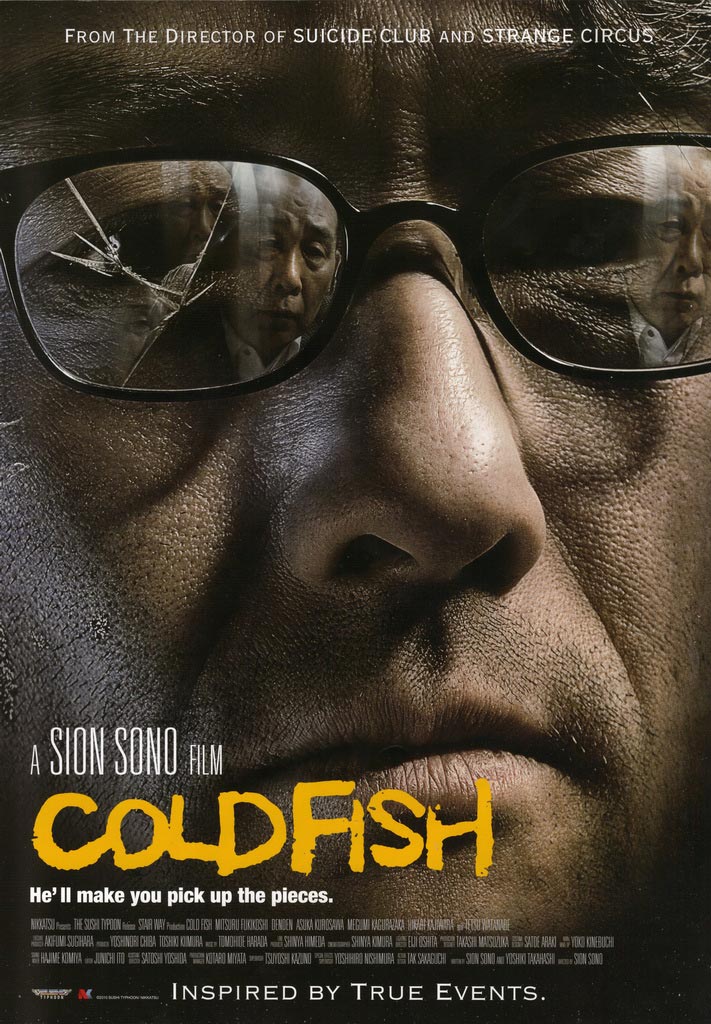 In an unhappy home, Mr. Shamamto (Mitsuru Fukikoshi) lives with his second wife Taeko (Megumi Kagurazaka) and daughter Mitsuko (Hikari Kajiwara) from first marriage. The daughter is filled with rage that her father remarried so shortly after her mother's death. The stepmother lives with the guilt that perhaps she is the cause of her stepdaughter's troubles. In this uneasy enviornment, Mr. Shamamoto runs "Shamoto's Tropical Fish Store" out of their home.

Then on a rainy evening Mr. Shamoto receives a phone call and learns his daughter has been caught for shoplifting. Mr. Shamamoto and his wife quickly leave for the store. When they arrive, they find a furious manager in the back storeroom berating their daughter. The Shamoto's apologize profusely, but their words fail to appease the seething manager, who believes this isn't the first time their daughter has stolen from the store. In fact, the manager is threatening to call the police.

Suddenly, a seemingly mild manner man walks into the storeroom and attempts to pacify the manager. The man's name is Mr. Murata (Denden) and he is the owner of "Amazon Gold Tropical Fish Store". Mr. Murata is also the person that reported their daughter to the manager. The man has a way with his words and in no time the manager is wrapped around his finger. Before leaving the store, Mr. Murata invites the Shamoto family to visit his tropical fish store, which is only a few miles away. While leaving the store he offers to drive their daughter in his brand new red ferrari.

When the Shamoto's arrive at "Amazon Gold Tropical Fish Store" they are amazed by the vast selection of fishes and the sheer expansiveness of the store. They also meet Mr Murata's wife (Asuka Kurosawa). During their chat at the store Mr. Murata offers their daughter a job at "Amazon Gold Tropical Fish Store" and boarding at his workplace. He currently has 6 other employees living in his company dormitory. The Shamoto's, already in awe of Mr. Murata's success, do not refuse his offer. Their willingness to let their daughter stay & work there is partly due to their troubled daughter's need for help and partly due to the parents need for privacy in their small home. Unfortunately for the Shamotos, they soon learn that not all that glitters is gold and in fact they have fallen under the spell of a cold blooded serial killer. 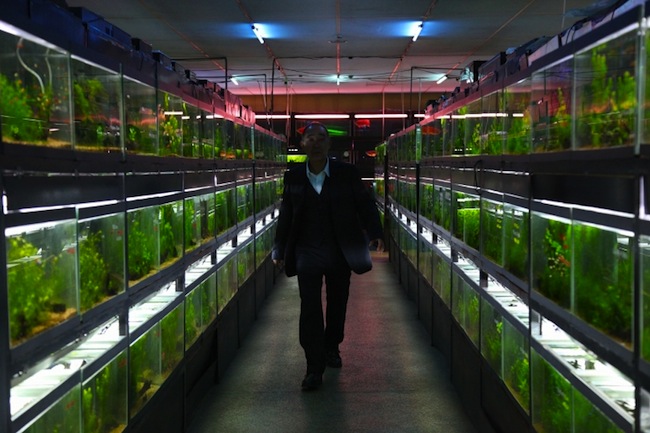 Ki Oct 15 2010 1:19 am Watched "Cold Fish" at the Pusan International Film Festival and thought the movie was another gem made by Sion Sono. The violence in "Cold Fish" was on par or exceeded Sono's "The Suicide Club," but never felt gratuitous. Denden probably turned in the performance of his life as the insanely crazy killer in "Cold Fish" and Mitsuru Fukikoshi was very good as the way too passive protagonist. The two female leads that played wives of the respective male leads were equally as good - they bare a lot of skin in the movie which I didn't mind at all. Nice to see Asuka Kurosawa in a solid role (will never forget her in "A Snake of June"). One thing that really struck my mind - especially the scene where the villain Denden was berating the feeble Mitsuru Fukikoshi over a bridge on a mountain - brought back to mind Sono's "Love Exposure" in a strange way. Then I thought about it and realized all the main themes (love & hate relationship of mother & father, religious imagery, deviant like sexual interludes, and mind control) were strongly present in both films. "Love Exposure", even with its extravagant runtime, will appeal to more people with its attractive cast and cute love story sandwiched in the movie, but "Cold Fish" also stands out for its extremely well told story of people gone wrong ... seriously wrong - all the while covering the same main themes in both movies.