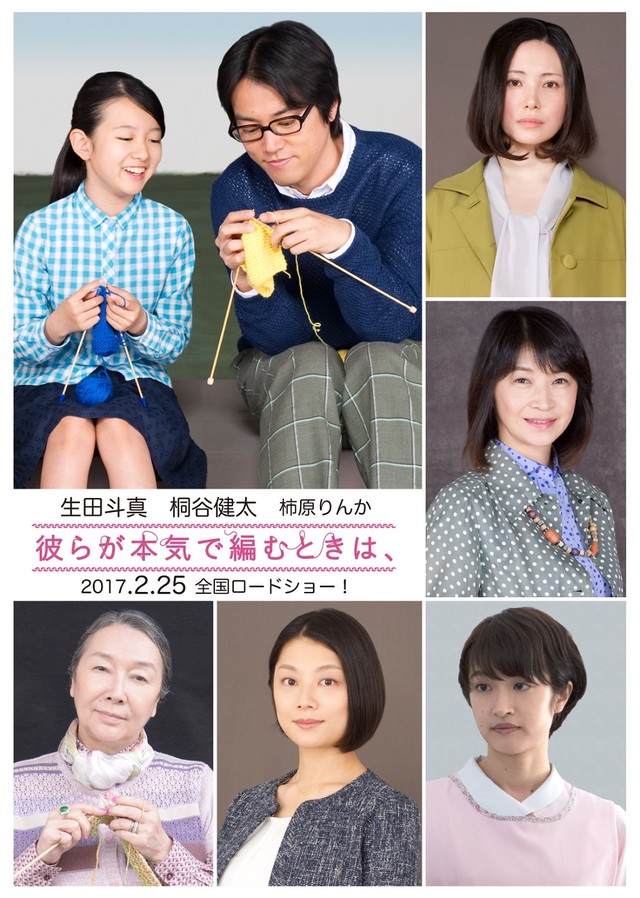 11-year-old Tomo (Rinka Kakihara) lives with mother Hiromi (Rie Mimura), but Hiromi decides to give up on her and leaves their home. Tomo, now all alone, visits her uncle Makio's (Kenta Kiritani) home. Makio lives with his beautiful girlfriend Rinko (Toma Ikuta). Rinko was born as a man and now works as a caregiver at a home for the elderly. Tomo is a little confused by the situation, but they begin to live as a family.

Erisa M Apr 03 2021 7:18 pm One word for it. Its Awesome. Ikuta Toma delivered the character beautifully. Like everything just uh. Perfect! At first I didn't know that he will play a transgender character but man. He is the best actor in Japan for me. His acting skills is just on another level. He can play quirky character, serious character....everything.

Nafeob akfsisgeo Feb 26 2018 7:07 pm Just watched it last week. It's a really sweet family story with transgender sensitive issue. Heartwarming and touching your soul. Ikuta Toma's act is superb. I can feel the love in the air.

CuriousOnna Feb 09 2017 2:06 am SUGOIIIIIIII~ honestly, when I read about the sypnosis of the movie, I thought they had some typographical error, but when I watched the trailer, I had this urge to watch this film not because of Toma-kun (okay, who am I kidding here, I looked for this movie because of him), but still... and I'm impressed on Toma-kun's versatility when it comes to acting. Looking forward to this. Go go go Toma-kun!

DefianTaichi Dec 21 2016 2:20 pm Wow, this is actually really progressive for a japanese show, or any asian drama frankly.

Hannasj Nov 30 2016 1:11 am OMG Toma!! LOL i laughed so hard my stomach hurt. He's really expanding his career and playing all kind of role now. Good for him another experience to add into his already impressive profile. But Toma you are beautiful as a guy but as a woman..hahha not so. Is that legit?? Still it looks fun.