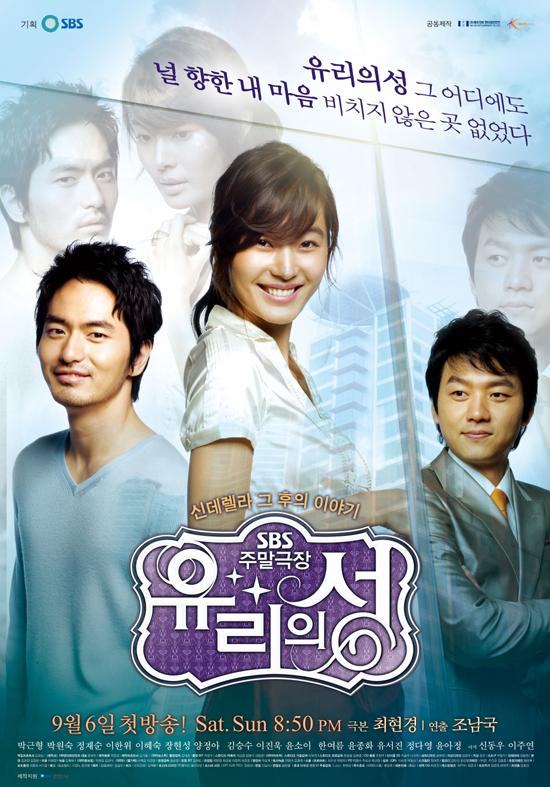 Growing up in a poor family, Min-joo (actress Yoon Soy) finally lands a job as a news correspondent with JBC Networks after two previous failed attempts. She works hard to gain recognition as a reporter but faces a career setback due to a stroke of bad luck. With strong support from Seok-jin (actor Kim Seung-soo), she is able to get her career back on track. Although she has feelings for Seok-jin, she is reluctant to date him because he is a single dad with one daughter. Meanwhile, Joon-sung (actor Lee Jin-wook), the scion of a wealthy family, enters her life and proposes marriage to her after a brief courtship. She becomes the envy of her friends when she marries him because her life is like a modern version of the Cinderella fairy tale. Her life as the daughter-in-law of a wealthy family is wonderful at first but she becomes disillusioned with her marriage when her in-laws begin to look down on her and smother her personal life. Against the wishes of her in-laws, she returns to work as a news correspondent and soon learns that the adopted son of her brother-in-law is actually the son of her husband from a previous relationship. Shocked at this revelation, she realizes that she loved Joon-sung for his family wealth and not for who he was. After contemplating on what to do, she decides that getting a divorce is her only option. Joon-sung, however, agrees to part ways in an amicable divorce without telling her that the adopted son of his brother is actually the posthumous child of his second brother...

lrt Oct 06 2020 8:37 am Really...really good drama that stands the test of time. It is soooo true that you marry a family and not just your partner. If they don't like you it will never work out. Opinions are hard to change. Min Jo wasn't the one looking for divorce but was forced into one because of the love her husband had for her as he did not want her to suffer any longer and also wanted her to not loose her identity as an individual. Very different from the way the usual 50 episode stories are written. Hats off to the writer!

Migthy Thor Apr 12 2016 12:01 pm I really like Lee Jin-Wook that is why I watched this drama, however, I am quite disappointed with the ending, I was really hoping that at least at the end Jung Min-Joo and Kim Joon-Sung would be able to solve their problem and that Kim Joon-Sung would really be able to fight for his love . . . unfortunately he just gave up (",)

christina Jan 10 2016 9:00 am A very good sad story. Like many here, I was upset about the ending...villains ended up having their ways, Yoo-Ran ended up a happy mother and forgiven. However, looking from a realistic point, the writer might be trying to convey the fact that there's no free lunch. Joon-Sung and Min-Joo were indeed quite far apart in many aspects. Since love and fate brought them together, the writer painted us a picture that it was possible if only Min-Joo is not so naive and stubborn. In reality, many couples whether rich or poor, had to adjust and give ways to stay married. The entire casts were great. Yu Seo-Jin is really very pretty and professional. And Lee Jin-Wook never fail to impress me  :-)

dati Dec 04 2015 5:56 am Just happened to watch this old tv series, I love the ending of the story, I think Min Joo and Suk Jin should be together at the end, love all the casts, good job ya...！

christina Dec 01 2015 1:35 am I have yet to finish the show but I can't help but to comment here about baby Seung-Ha....He's totally adorable! I really wish to know how the production team can have him playing happily himself one minute and cry next...as and when they needed. It either baby is super or the team was fantastic or baby belong to one of the artist...

Del Mar 26 2015 8:40 am The ending was so bad, it drove me crazy, why Kim Joon Sung divorced his wife that he loved much to let her with another man？so bad , I hate the ending ! Love the story from the beginning only the ending made me frustrated@_@

regina Dec 24 2014 11:11 am i like this series much though its an old one, i just have a chance to watched it now. i think its a good story and all actors and actrees here play well.

Lok Kuan Io Jul 27 2013 10:41 pm It is a very good drama. The story is very practical and real. However I believe that drama should give audiences a dream to enjoy. We can not have this kind of the dream in our life but we do want this dream happening in the TV. Do you think that you will make another series to make the dream come true in the TV? (A good ending.)

black_blood Mar 07 2013 2:04 pm The hero and heroine divorce. That is the end. I HATE THE ENDING. Other than that, the drama was good. I enjoyed watching Yoon So Yi. If you hate the dramas which have sad/bad ending, better, don't watch it. I regret watching this.

Safari Aug 15 2011 12:24 am My favorite scenes here are everytime the family of the fruit store interacts with the family of Jung Min-Joo. I love funny scenes. The chubby mom always disses Min-Joo's mom (the ever beautiful and fantastic all-around actress Lee Hye Sook). Hye Young's character is also touching because she is always loving to both of her parents. She works really hard and has a different outlook in life. Tae-Soo is also funny , aspiring to be an actor and being a friend to Hye Young.

Thank you for putting your best on this show. We appreciate your efforts and you make many people around the world very happy