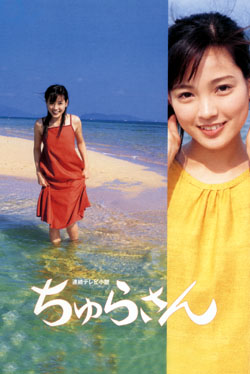 Eri is a strong, carefree, positive, cheerful, down-to-earth and eccentric individual who was born in Kohamajima Island, Okinawa on May 15, 1972, the day when Okinawa was returned to Japan from the U.S. Eri came to believe in destiny and that anything in life can be possible.

As a young teen, her family ran a small tourist inn on the island. This is when Eri first met Fumiya Uemura. Fumiya's family came to the scenic island to spend time together as a family. This is because Fumiya's older brother, Kazuya, is terminally ill. During this time Fumiya and Eri developed a close relationship. They even planted a tree on a secluded cliff, that they named Kazuya's Tree, after his brother's death. Then Fumiya leaves the island with his mother.

Years later they are reunited ...