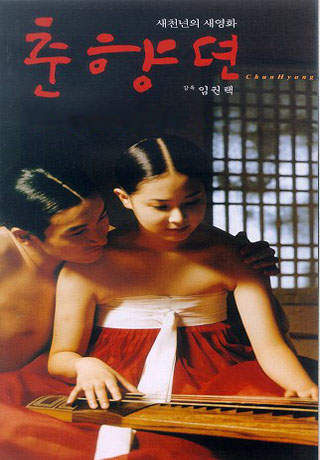 Chunhyang is set on the eve of the 18th century in Korea's Joseon Dynasty. Mongryong (Cho Seung-Woo) is the studious 16-year-old son of a Governor who, as the film opens, is about to go away for several years to take exams to become a state official. Before he buckles down, Mongryong does a bit of sightseeing with his servant, Pangja. One day, he lays eyes on a beautiful girl named Chunhyang (Lee Hyo-Jung) and falls in love with her, despite the differences in their social status (she's the daughter of a gisaeng).

Mongryong promises to marry Chunhyang, as soon as he returns from his exams. She agrees to wait, but, in the meantime, a new Governor has taken control of the province. He hears of Chunhyang he tries to make the young woman his mistress. She refuses and is badly beaten and given the death sentence.