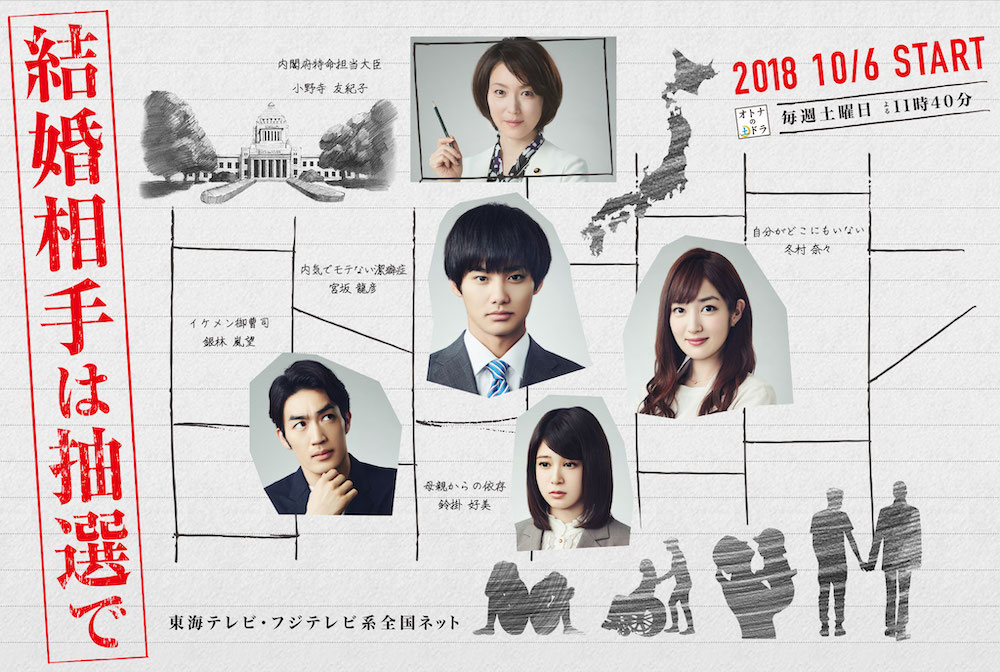 Due to the nation's low birth rate and aging population, the Japanese government implements a new policy. The new policy requires single men and women from the age of 25 to 39 to go on government planned blind dates. The government randomly selects men and women as blind date partners. Each person can say no 2 times if they do not like their partners. If they say no for the third time, then they have to serve 2 years on an anti-terrorism activities support team.

Tatsuhiko Miyasaka (Shuhei Nomura) is a 26-year-old single man and he works as a systems engineer. He lives in Tokyo alone. Due to trauma from his middle-school days, he does not trust people and he has a fear of germs.

Meanwhile, Nana Fuyumura (Rin Takanashi) is beautiful single woman and works at a radio broadcasting station. She lives with her family in Tokyo.

Pat Feb 26 2019 6:17 pm It's unbelievable the fact that there are no other comments here!!! Love your work Shuhei-kun! I hated him in Koinaka (his character was a bad person and he did it so well), so much that I had my doubts when I saw you as my beloved Taichi, but you kept surprising me!! And now after finishing Kekkon Aite wa Chusen de I come here to congratulate you for your superb work!!!! がんばってね!!!!!

Anthy Jul 21 2018 10:11 pm So I love these Japanese dramas with kooky plots but... how is sending people of marrying/childbearing age on (presumably dangerous) anti-terrorism activities going to help their birth rates? LMAO, that doesn't make sense. Better to just have them do community service in pairs or something.