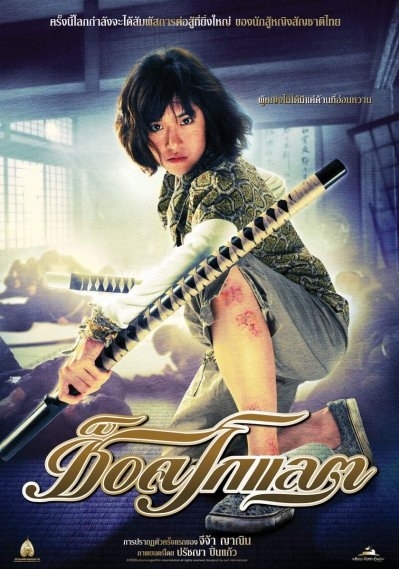 In Thailand, in the year 2008, the knives are taking over.

The girl is the daughter of Zin (Ammara Siripong), the Thai wife of Yakuza boss Masashi (Hiroshi Abe).

Zin was previously the girlfriend of Thai gangster No. 8 (Pongpat Wachirabunjong), who was jealous of her relationship with rival gangster Masashi. After Zin chose Masashi, he shot his own toe and forbids Zin from ever seeing him again. Zin asks Masashi to go back to Japan as they would not be able to be together safely. He begrudgingly leaves.

Soon after Zin finds herself pregnant and moves into a new place to get away from No. 8. She has a daughter that she names Zen. Soon it is discovered that Zen suffers from Autism and will need special care. As Zen gets older, one day Zin decides to tell Masashi about his daughter by writing him a letter. No. 8 finds out that Zin is in contact with Masashi and is furious. He visits Zin and cuts off one of Zin's toes, to remind her she is forbidden from seeing Masashi. Zin is forced to move again to a house shared by a Muay Thai kickboxing school. Zen becomes infatuated with martial arts and begins to self-teach herself by mimicking the moves she sees as well as what she watches on television. One day when coming home from work Zin sees a poor little boy being picked on in the streets named Moom. Feeling sorry for his plight she takes him in. It is shown that Zen has uncanny reflexes and is able to catch balls thrown without even looking.

Zin then falls ill with cancer, and does not have the money to pay for treatments. Zen and Muum attempt to make money to pay for these treatments by having people throw balls at her as a street performer. Unfortunately they are not able to earn enough to keep up with the treatments. One day, Muum discovers a list of debtors in an old notebook, from the days when Zin was a high-interest moneylender under No. 8. In order to get money to pay for her mother's cancer treatment, Zen and Moom decide to collect on the debts, which leads to confrontations with various criminal gangs and, eventually, No. 8.