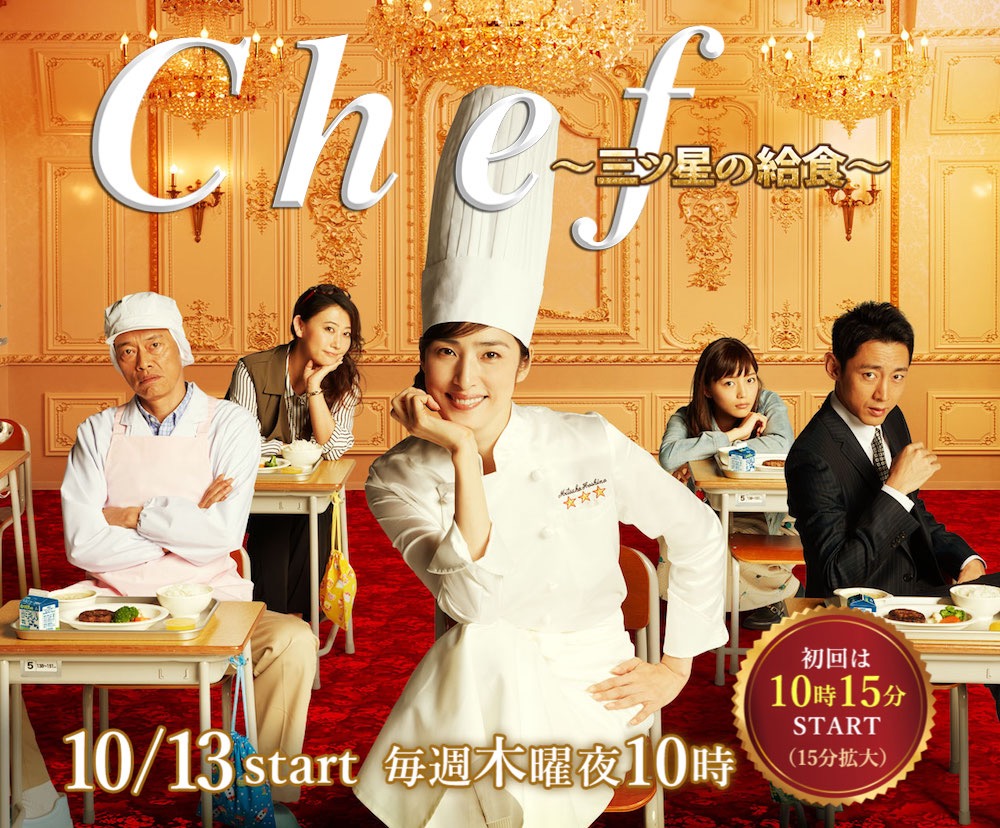 Mitsuko Hoshino (Yuki Amami) went through difficult culinary training in France. She apprenticed at a famous restaurant in Paris and won numerous contests. After coming back to Japan, she begins work as a chef at famous French restaurant “La Cuisine de La reine” in Ginza, Tokyo. The restaurant receives three stars and Mitsuko Hoshino gains fame as a chef.

One day, Mitsuko Hoshino gets in trouble with the restaurant owner and gets fired from her job. Mitsuko Hoshino has a hard time to find a new job. She then participates in a TV program centered around school meals.

Uswatun Dec 19 2018 7:13 pm Am from Indonesia.. today i watch the last episode. I become sad because it is the last episode.i want more episode. I love sooo mucch this drama.. it is the moast inspirational, warm, cute, happy i ever watched.. 3 star for the lovely drama! Say my rigard to Ms. Hoshino and Mr. Araki and all team..