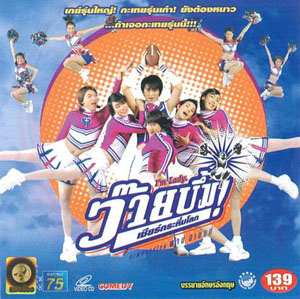 This heart warming comedy is about a group of so-called Thai ladyboys who try their best to be accepted through their love of cheerleading. Four ladyboys move from the rural town to attend school in Bangkok. They tried to join the school cheerleading team, but the cheerleaders couldn’t accept their sexuality and the fact that they came from the rural area. Instead, the “boys” tried to join the rugby team. Again, the team members felt uncomfortable about having sexual ambivalent men on their side.

One day, Teoy, their hometown ladyboy friend, comes to Bangkok with the idea of forming a cheerleading team and named it “The Queens” Unfortunately, a series of misfortunes befall them. Will they eventually win and be accepted by the public and most of all, by the judges who are prejudiced against their sexuality?