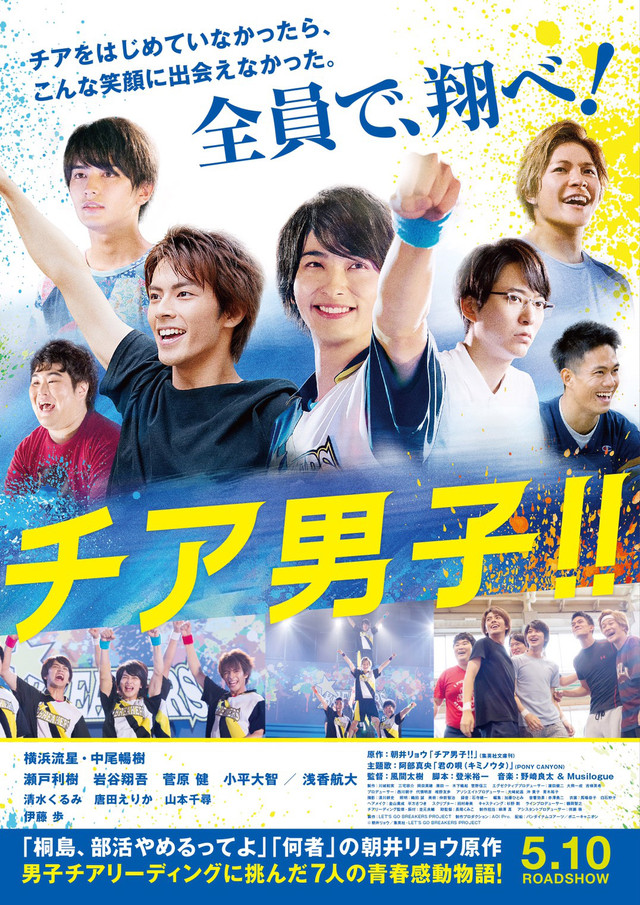 Haruki Bando (Ryusei Yokohama) is a first grade university student. He has been doing judo since he was little. but an injury causes him quit the sport. His childhood friend Kazuma Hashimoto (Masaki Nakao) also quit judo and asks Haruki Bando to form cheerleading group "Breakers" with him.