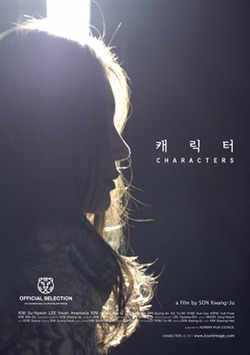 Lee Soo-Yeon was once an up-and-coming writer, but to make ends meet, works as an assistant writer for commercially successful movie director Moh Jae-Won. Director Moh Jae-Won consistantly makes the same formulaic films with cardboard thin characters. Nevertheless, Moh Jae-Won wants something new and these demands tires both Soo-Yeon and Moh Jae-Won. Soo-Yeon dreams of writing a novel and freeing these characters from its one dimensional world, but she realizes her dreams are thought of as "feminine" vanity... 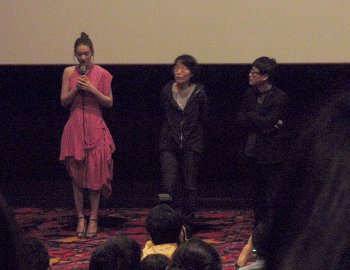 Q&A took place after a screening of "Characters" at the 2011 Jeonju International Film Festival on April 30th. AsianWiki editor Ki Mun was there and transcribed/translated the session.