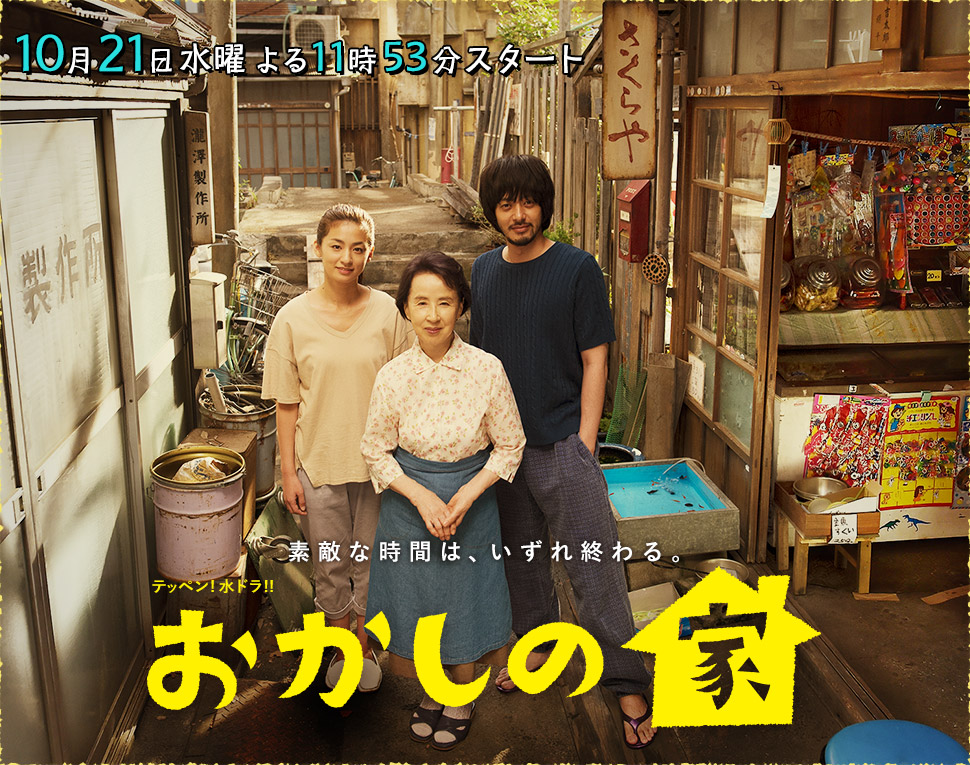 Taro (Joe Odagiri) struggles to keep open a small candy store run by his grandmother, Akiko (Kaoru Yachigusa), and himself. Taro’s parents died when he was young and he was then raised by his grandparents. There are supporters of the small candy store including Taro's neighbor and bath house operator Akira (Kyusaku Shimada) and Taro’s friend Hiroki (Ryo Katsuji).  While eating candies, they talk about silly things with Taro.

Taro meets again Reiko (Machiko Ono). She is a childhood friend. After Reiko divorced, she returned with her son to the neighborhood where she grew up.

yarnover Dec 29 2015 9:58 am this drama is something else. Feelings are so real acting is amazing plus the great ost :') it makes me sad but i love it so much too!