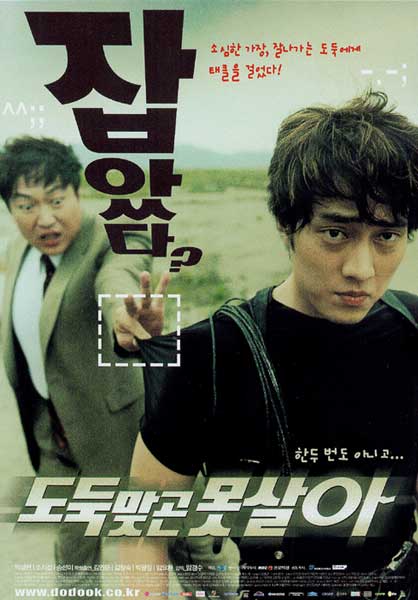 Gang-jo, a charismatic game programmer becomes weary about his successful life, and transforms into a thief equipped with hi-tech devices. One day, he sneaks into Sang-tae¡¯s home and Sang-tae, a happily married man who considers watching TV together with his family his biggest happiness finds out three 10,000 won bills, a TV remote and pig-ear sushi rolls disappears. Few days later, Gang-jo visits Sang-tae¡¯s house once more and Sang-tae¡¯s family become trembling in fear. Sang-tae, eager to protect his family, does anything possible to calm their fears, but in spite of his efforts, he loses his faces and dignity in front of his family when he lets the thief slip right under his nose. Sang-tae now becomes desperate as the confidence as a father and husband is about to collapse, but he has some surprises hidden under his sleeve.