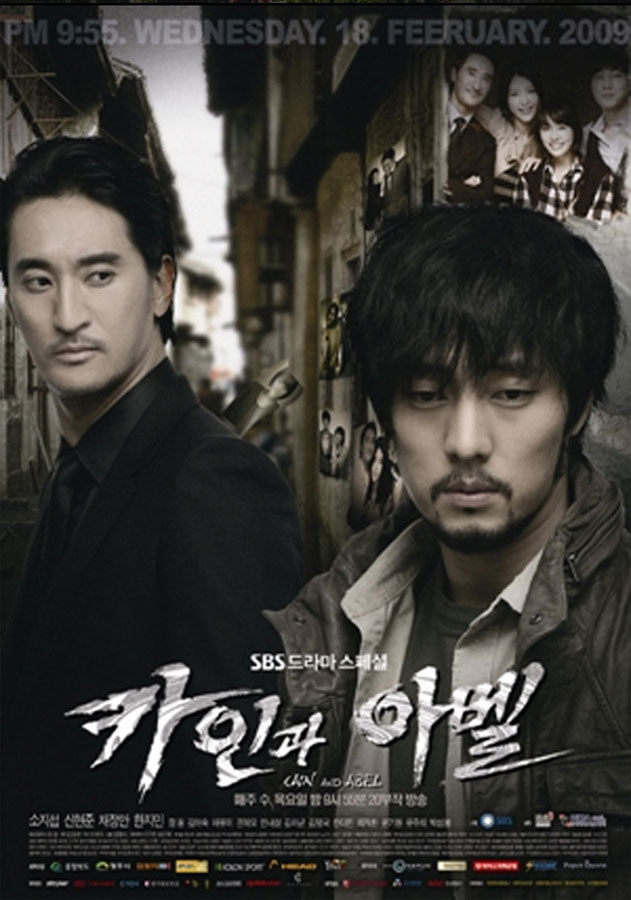 Lee Jong-Min, Lee Jin-Sung, and Choi Yeon-Hee were classmates in medical school. Jong-Min falls in love with Yeon-Hee, but she was already in love with Jin-Sung. Jong-Min gives her up, falls in love with his coworker Hye-Joo, and marries her. The four of them open Bo-Sung Hospital together. After seeing Jong-Min comfort Yeon-Hee in her troubled marriage with Jin-Sung, Hye-Joo suspects Yeon-Hee of having her husband’s child. Hye-Joo's jealousy causes a car accident which leads to the death of Jin-Sung and Yeon-Hee. Jong-Min saves the baby's life in Yeon-Hee's womb and adopts the baby as his own son. Feeling betrayed by her husband, she realizes she only has her son, Sun-Woo, left by her side. But she finds out Sun-Woo has a brain tumor and tries to build a medical center to save her son. Going against her wishes, Jong-Min tries to build an emergency medical center. With anger suppressed and built up over 37 years, Hye-Joo explodes and Jong-Min faints in shock. Sun-Woo returns 7 years later to find out that Cho-In is engaged to the love of his life, Seo-Yeon. Meanwhile, Cho-In leaves for China to oversee his father's operation. There, he meets a tour guide named Young-Ji, a North Korean refugee, who was paid by Hye-Joo to detain Cho-In without question. Young-Ji begins to fall in love with Cho-In. However, Cho-In disappears on the very day she departs with him. After finding out that Cho-In was in a danger, Sun-Woo, having conflicted feelings, decides to disown his brother in order to inherit the hospital as well as taking Seo-Yeon for himself. Learning about his brother’s plot to have him killed, Cho-In tries to escape from China. During his escape, he loses his memory. After arriving in South Korea, under the allias of Oh Gang-Ho, Young-Ji’s cousin, Cho-In meets Young-Ji again. As Cho-In gradually starts to recover his memory, he goes up against Sun-Woo and Hye-Joo to retrieve Bo-Sung Hospital and make his dreams come true.

Princess Dec 05 2020 2:48 pm The father is mainly at fault for the conflict.. instead of sowing love and fairness, he planted seeds of jealousy into the heart of his eldest son.. his character is hateful but you can’t help but sympathize with him as well after all the pains he had gone through ..

CrazyFan*of#SoJiSub# Apr 28 2020 10:01 am I watched it once again, it ia such a great drama.....but most of all its because SJS is just perfect actor, such e remarkable acting abilities. Now because of him, started learning korean? Practicing korean thru his songs....interviews ect ect

CrazyFan*of#SoJiSub# Apr 20 2020 3:22 pm I was such a beautiful drama, awesome performance of Mr. SJS. Just amovie, but sometimes really hard to watch on what he goes thru....but on the other hand, his (SJS) smile, melted my heart each and everytime all over again. Perfectly awesome - for me always will be the best actor ever. Because of him i'm watching korean dramas and starting to learn korean language. Looking forward to see him on new movies/dramas.

Arihant Apr 26 2018 9:15 am I avoided this drama for a long time since the show seemed a good vs evil brother struggle and the evil brother doing despicable things like stealing his brothers girlfriend etc.

However,was pleasantly surprised on finding out that the show has many layers and the antagonist could also be sympathized with at times!

The show is a revenge drama basically and delivers the same beautifully.This is So Ji Sunb's best performance according to me as he alternates between a naive,trusting brother to a conflicted revenge driven one.Han Ji Min has excellent chemistry with him.Gripping series and highly recommended!

Jess Mar 04 2018 10:06 am i'm watching this again now at episode 4.....can't help but i'm into Lee Cho In and Oh Young Ji again. been so long haven't watch this kind of production. it all played by great actors and actresses. from leads to extras....they're all amazing. i wish to see this kind of work again. not that feel good romantic drama all the time. tnx a lot Cain and Abel! you're always be my all time favorite kdrama.

Most episodes involved me yelling at the tv for Young Ji to die. I can't seem to recall the last time I hated a fictional character so much. Seon Woo is not the main antagonist; Young Ji is. Epitome of pure selfishness and stupidity. What a twat.

anemicrainbow Dec 14 2016 12:53 am Slow-paced drama. They could have done the series with just 16 episodes (or less!). You can skip a couple of episodes from the first half and still be able to catch up to the story. LOL.

Despite that, the performances of SJS and SHJ are highly commendable. Both are good dramatic actors. I personally didn't see chemistry between SJS and HJM but they acted great so it still turned out OK.

The main plot is fairly understandable but towards the end, the script started to make less and less sense. The writers wanted too many things to happen yet they can't weave them together. It was a mess. There were some plot holes too (I won't spoil it for you guys).

Final verdict: Recommended, only if you're a fan of one of the actors (in my case, I stuck till the end because of SJS).

Cath Oct 30 2016 6:55 am @ Yasera, the ending wasn't bad though it's a little sad. I like how the writer wanted to instill to the viewers' mind the power of FORGIVING.

Cath Oct 30 2016 6:49 am SJS & HJM are the most emotionally connected couple I've seen in Kdramas. This is the warmest drama I've seen so far. I felt all the happiness and pain the actors wanted to express. This is my all time favorite though.

Shelly Sep 02 2016 2:08 pm This was such a reach none of it was even remotely realistic. Writers beyond sucked seriously. Excellent cast the actors were exceptional. Truly not their fault that the writers lacked talent.

Jade Dec 29 2015 2:40 am One of the best dramas. It is a story of forgiving and healing. It also tells... standing by with the loved ones through tough times and be a voice to do what is right.

Jade Dec 28 2015 11:43 pm Cain and Abel is one of the best dramas. It's a story of forgiving a brother who once adored and protected him.And it is also a story of standing by with the one you love through tough times and be a voice to do what is right.

Jade Dec 28 2015 11:35 pm Cain and Abel is one of the best dramas. It's a story of forgiving despite all the unforgiving acts of a brother who once adored and protected him. And it is also a story of standing by with the one you love through tough times and be an instrument/angel and to be a voice not to do something evil despite all the rage felt.

Waiting here for their next project together. They have the undeniable chemistry that people would all love to see again in small screens.

Sonsarae Dec 27 2015 10:36 am I have a question - why are most Korean Dramas about wealthy Korean businessmen/women, doctors, family members, etc., cheating and lying, hating and killing each other? It really doesn't matter what era they are in - wow I am getting Traumatized over another worn out Trauma Drama and I really wanted to watch this one because of the actors/actresses in it - but - I can't do it!!!!! If I were Korean and had to watch this kind of stuff over and over I would give up watching T.V. and movies. Just my opinion, I am so disappointed!

aytac Jun 30 2015 9:24 am Awesome drama. I would recommend everyone to watch this drama

lala Oct 12 2014 9:36 am A good kdrama..acthough there are many dramas better than this..i feel this is han ji min's best ever acting..and think the second female lead acting looks real fake with hardly any emotions..also it is ridiculuous to see how the mother son pair donot feel even an inch of guilt right till the very end until they are completely destroyed ..when they suddenly start feeling guilty..it was like they had nothing more they could do than to feel this way..also here revenge means killing.. everytime the villains are ready to get rid of anybody and everybody..other than this I feel the script, acting and suspense really keeps you on your toes

AJ Jul 10 2014 11:11 am Ji Sub is brilliant as always; villains are ridiculous. KDrama needs to mature in its characterization of evil mothers and cartoonish bad guys.

hye kyo Jun 04 2014 1:59 am It's my first time to watch this drama and oh my it's incredibly amazing! Jisub-nim oppa you are the best actor for me! Though there are many good Korean actors but for me you really nailed it! Romcom, melodrama and action you are doing a great job! Daebak oppa! Hope to you in person to thank you how you gave my life a meaning and to not forget our dreams. Saranghaeyo oppa. Be healthy always..

Tammy May 31 2014 9:39 am I love Oppa So Ji Sub in this drama ( as well as all of his other dramas). It's such a great drama and great acting by all of the actors/actresses. SJS was superb and he totally took my breath away!

Chakita3 May 24 2014 8:51 am This is my best SJS movie EVER!...I return to watch this everytime....and it never fails me..the intrigue, the love, the commitment, the passion, the brotherhood, the need for family, the wit, the pain.....SJS was absolutely awesome in this, playing two different characters...absolutely appreciating and respecting you more SJS....I have watched all your work, and listened to all your music....fantastic, thank you for your humility, grace and love to your many many adoring fans worldwide...."The Masters Sun' too was amazing, and saw SJS in a different role which meant he had to step out of his comfort zone, which he resulted in fantastic and amazing work....thank you, kahmsamnida....FIGHTING!!

Watch it! It's very promising! Absolutely no regrets watching this drama.

zamen Jul 05 2012 11:03 pm my heart feel really painful everytime i saw u cried. u laugh i laugh, u cried and i cried too, why? u r adorable. yr drama really tougching my heart. I wish u all the happiness and success in yr work. saranghae SJS !