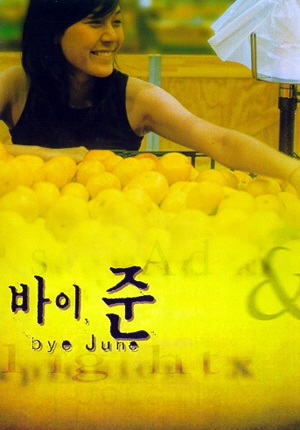 As three friends prepare to enter adulthood with their high school graduation only a few months away, they lose June after he dies in a fire. His girlfriend Chae-young (Kim Ha-Neul) seeks solace with June's close friend Do-ki (Yoo Ji-Tae). Do-ki has loved Chae-young for an extended period of time and inches towards revealing his feelings.

As they hold an impromptu funeral ceremony for June outside of their high school Do-ki and June kiss for the first time. It's obvious to Do-ki that Chae-young still thinks of June even when they kiss. Two teenagers then approach with one having an uncanny resemblance to June. The four soon to be friends then go through an extended period of self discovery as they experiment with sex and drugs.

luna6 Jun 20 2009 3:13 am As an avid fan of Korean cinema couldn't help to check out "Bye June". The 1998 film features the acting debuts of Ji-tae Yu, Ha-neul Kim, an extremely brief cameo by Yeong-hie Seo as a nurse, and the directorial debut of Choi Ho (Who Are You? , Bloody Tie, & Go Go 70s). With that said the movie is a complete turd with all of the actors turning in lifeless performances and the direction being nothing more of an amateurish attempt at projecting the troubled times of disillusioned youths.

The soundtrack blares out popular alternative rock songs of its time (the main track being "Bye June" by the Smashing Pumpkins) which worked ok, but the execution of each scene felt like a poor imitation of a mock video for each song. The story never leaves first gear as it drags on for 93 minutes but feels like an eternity.

About the only reason why I can think you may want to check out this movie is to see Ji-tae Yu and Han-neul Kim at an early stage of their careers.