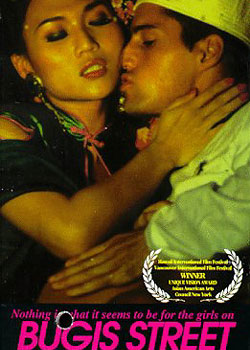 17-year-old Lian is a maid to a rich family in Malaysia, whose sheltered existence is shattered when she is sent to work at a small hotel near Bugis Street in neighbouring Singapore.

Singapore's infamous, immoral Bugis Street is resurrected and granted divine immortality in this tawdry and over-the-top comedy/melodrama. A bevy of gorgeously attired, love-lorn transgender prostitutes blaze across the screen in a firestorm of sequins, squeels and drunken American sailors.