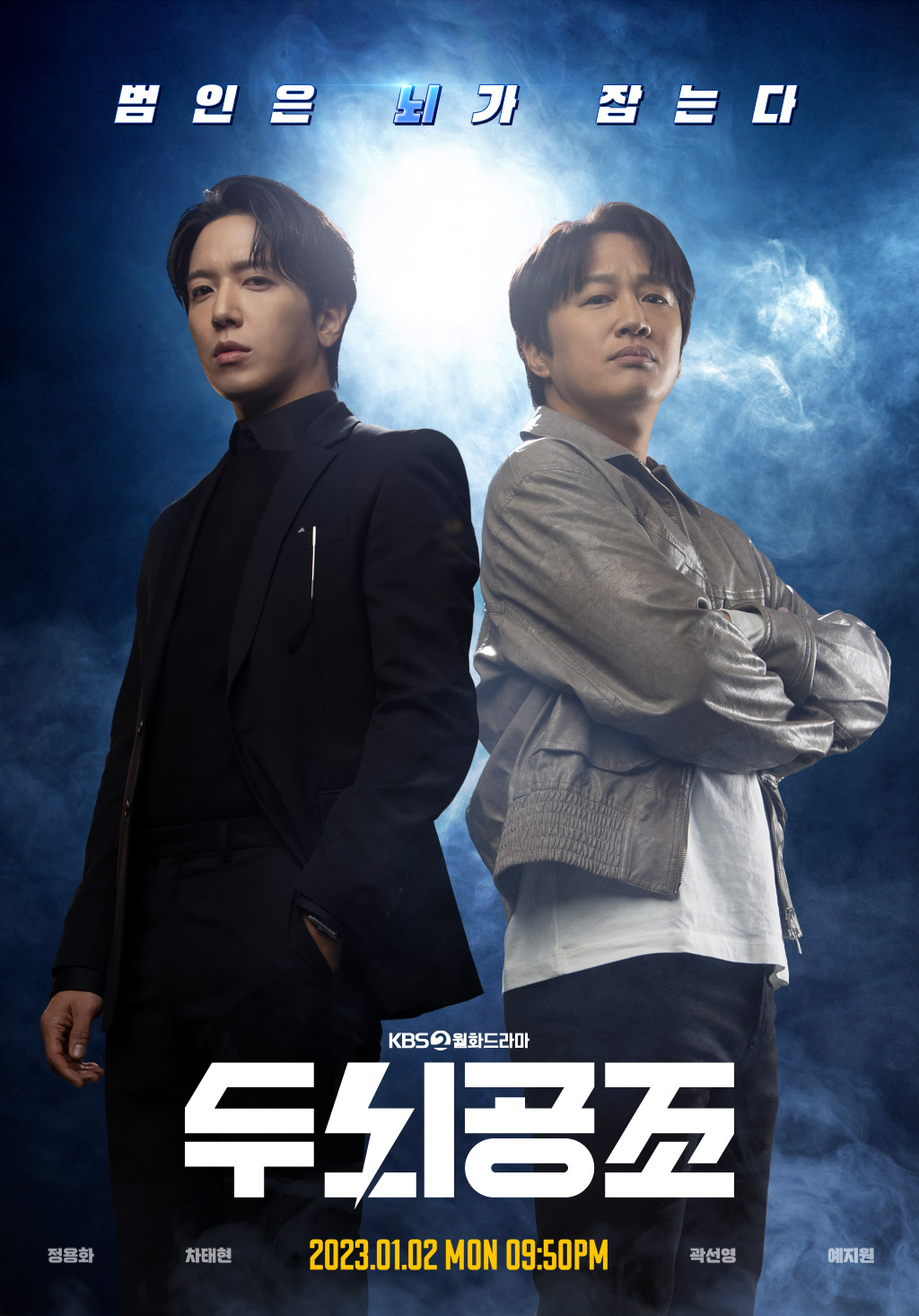 Shin Ha-Ru (Jung Yong-Hwa) works as a neuroscientist. He comes from a family that has had doctors for 3 generations and he is wealthy from inherited property. Shin Ha-Ru is a confident person who acts and speaks according to his convictions, but he has no mercy for people he views as scum.

Geum Myung-Se (Cha Tae-Hyun) works as a detective. He acts and speaks surly around people, which causes people unfamiliar with him to assume he might be a corrupt cop. In reality, Geum Myung-Se is a kind and righteous detective. He was also once married to Kim Mo-Ran (Ye Ji-Won). She has a particularly strong libido.

chesstitans Jan 26 2023 1:17 am This drama reminds me of Japanese drama "Mr.Brain" which is a great detective show with the main theme in brain, biology science.

I don't know if this drama can be a better show.

08 Jan 25 2023 6:32 pm I'm hooked!!! Can't wait for the next episodes. I should have watched it when it's complete so I can bingewatch it. I laughed a lot watching and I love what they are trying to teach us with each case. The characters' chemistry are just the right amount and very well played by the actors. I also like that the cases are not trying hard to go overboard to being gore but sticks with the over all concept. I'm also in for the bickering of Tae Hyun and Yong Hwa. Hahaha!

Ren Jan 15 2023 5:53 am The show has its moments, but I couldn’t but help notice overwhelming plot similarities to TNT’s Perception…

Belju Jan 07 2023 2:39 pm I like crime-comedy genre. I knew the neuro surgeon is familiar he was from sell your haunted house and the detective guy is almost either a police or detective. I enjoyed the drama so far

Zeynep Jan 06 2023 5:20 pm I love the drama. It looks fun and intresting. Also I love Jung Yong Hwa. I hope the drama will get high ratings.

Kaylee Jan 03 2023 12:46 am Yay!!! Jung Yong Hwa is back. So far I’m loving this drama! Jung Yong Hwa plays his character perfectly! The storyline is good so far and the cast is great! Looking forward to the next episode!

Annie ways Dec 24 2022 9:40 am Ooof cha tae hyun again as a detective and again kbs2 drama. His prev police uni was so boring, i wish he takes some other role. Why he doesnt appear in netflix shows. He is a good actor can do lot more than just over efficient deetctive role.