Boku to Kanojo to Rally to 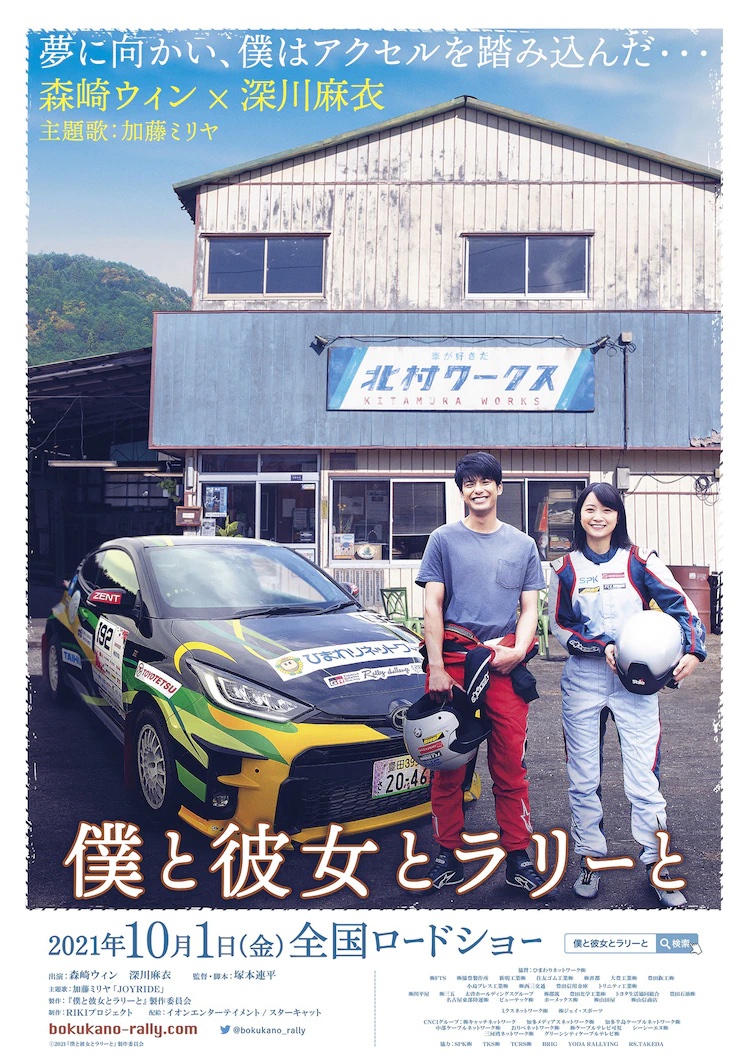 Taiga Kitamura’s (Win Morisaki) mother died when he was a child. He doesn’t like his father, because he thinks his father’s obsession with rally racing contributed to his mother’s death. This led to Taiga Kitamura eventually attending a university in Tokyo rather than his hometown of Toyota. One day, Taiga Kitamura is informed by his childhood friend Miho Kamiji (Mai Fukagawa) that his father has passed away. Taiga Kitamura returns to his hometown after many years away. He talks to people who knew his father and begins to think about him. While he is in his father's garage, he realizes that he wanted to participate in rally races with his father. He decides to take part in a rally race.