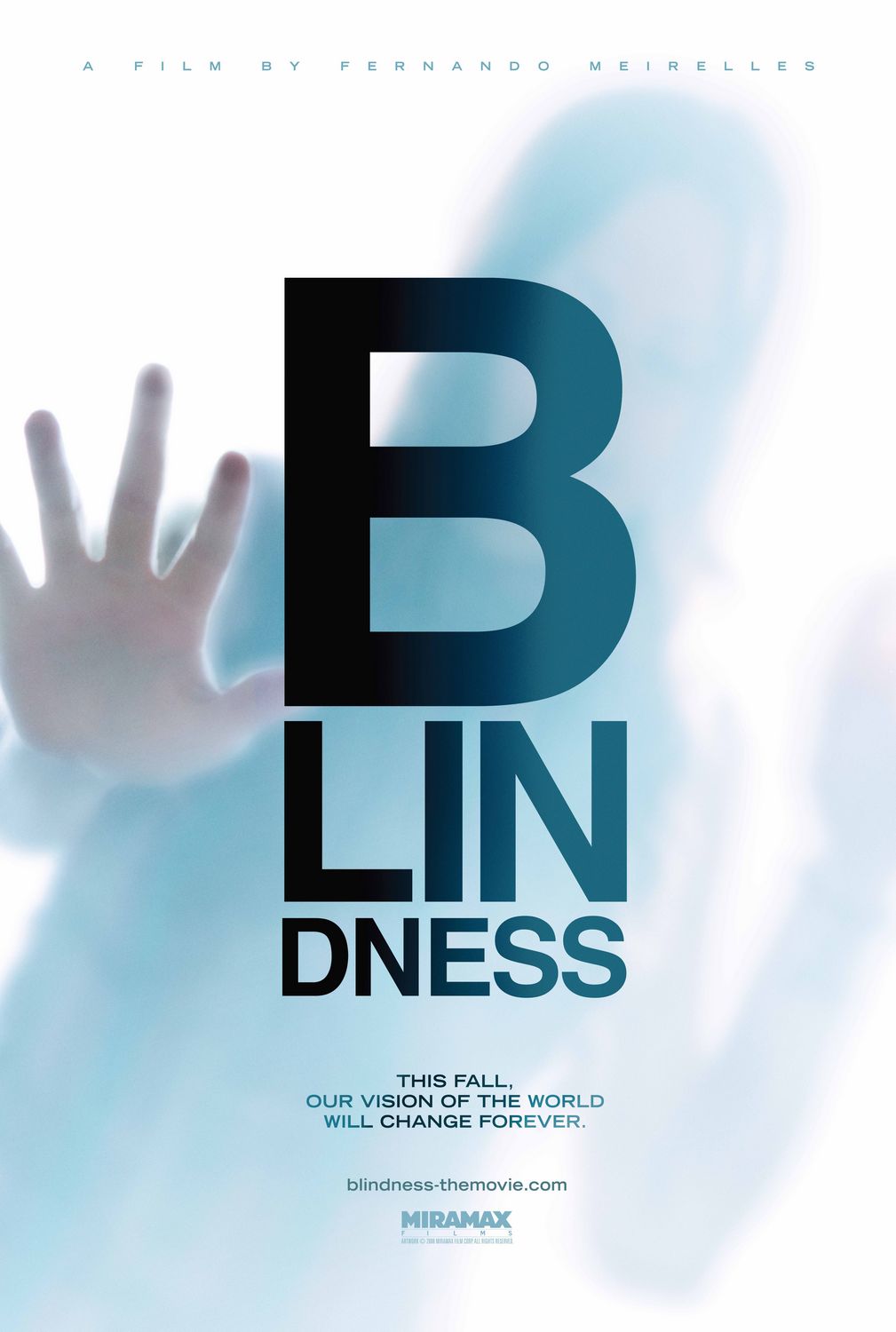 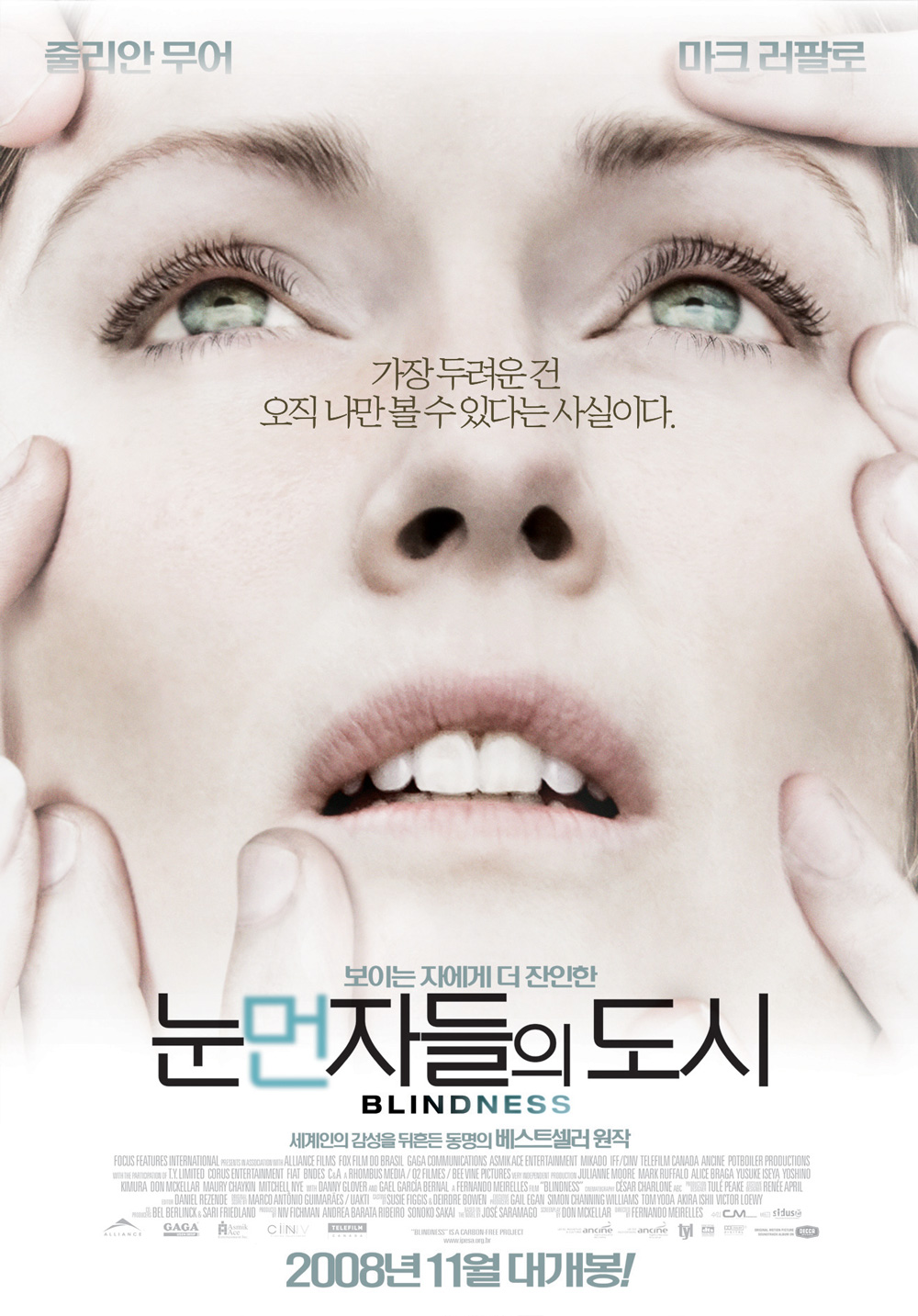 From Nobel Prize winning author Jose Saramago and acclaimed director Fernando Meirelles (“The Constant Gardener,” “City of God”) comes the compelling story of humanity in the grip of an epidemic of mysterious blindness. It is an unflinching exploration of human nature, both bad and good--people's selfishness, opportunism, and indifference, but also their capacity for empathy, love and sheer perseverance.

It begins in a flash, as one man is instantaneously struck blind while driving home from work, his whole world suddenly turned to an eerie, milky haze. One by one, each person he encounters – his wife, his doctor, even the seemingly good samaritan who gives him a lift home – will in due course suffer the same unsettling fate. As the contagion spreads, and panic and paranoia set in across the city, the newly blind victims of the “White Sickness” are rounded up and quarantined within a crumbling, abandoned mental asylum, where all semblance of ordinary life begins to break down. But inside the quarantined hospital, there is one secret eyewitness: one woman (four-time Academy Award® nominee Julianne Moore) who has not been affected but has pretended she is blind in order to stay beside her beloved husband (Mark Ruffalo). Armed with increasing courage and the will to survive, she will lead a makeshift family of seven people on a journey, through horror and love, depravity and beauty, warfare and wonder, to break out of the hospital and into the devastated city where they may be the only hope left.