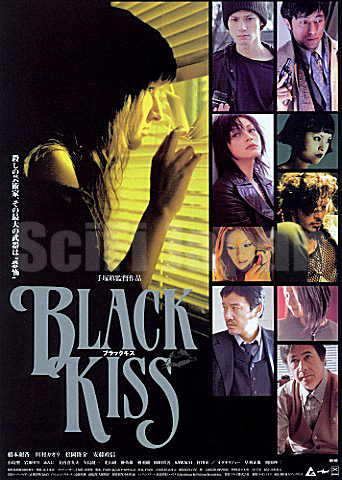 Following hot sex with a prostitute, a young man steps out for cigarettes. When he returns, all that remains of the woman is a finger in the bathtub. He is assaulted from behind, tied to the bed and eviscerated by an unknown assailant. An inter-title sets the story back seven days and introduces us to a fashion-model studio setting. Young wannabe model Asuka shares a hotel room with the older, cynical ex-model Kasumi/Lucy. One evening, Asuka witnesses a brutal murder in an adjoining hotel room, with the same MO as the opening murder. Poor viewing conditions make a clear identity impossible, but the killer looks like a deceased former roommate of Kasumi’s, Mari Ayabe. Victims pile up with bizarre MO’s: red roses stuck in the eyes, voodoo tattoos stitched into skin, severed limbs, decapitations and piano-wire mutilations. There are plenty of suspects, but little in the way of solid clues, which leads young detective Shirasaki to a retired profiler who specialized in "kooks and cults." Is the killer the sullen, anti-social Kasumi? Is it her twin sister Lucy? Is it her ex-roommate Ayabe? Is it Kasumi’s mysterious American father?