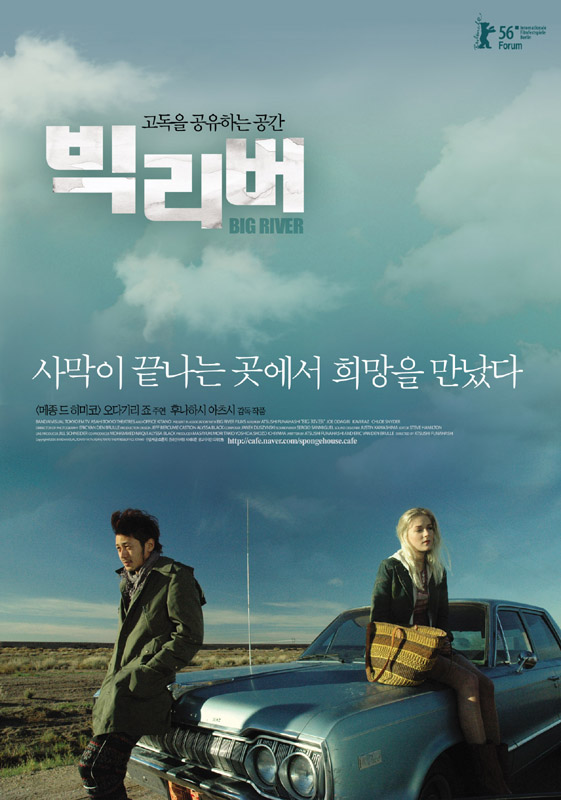 Soon after he lands in America, Ali, a Muslim man from Pakistan, begins his search for his estranged wife, Nadia. On his journey, Ali meets with Teppei, a Japanese traveller hitchhiking his way across America, and Sarah, a local trailer park girl, who help him in his search. The three travellers succeed in finding Nadia, who, to Ali’s dismay, is living a new life in Phoenix with another man. Ali spends the rest of his stay in America with Teppei and Sarah, anxiously wondering where his life is leading. In the brief time they are together, the three companions commit to helping one another. Ali, Teppei and Sarah begin a new journey, to find their own individual identities and in the process they find each other. Big River is a road movie, a tale about the borderless realm of friendship and its ability to transcend culture.

Throughout the world, hostility and resentment against the USA on the media has become almost a daily part of life, not only on TV or in newspapers but also in documentaries and narrative films. The unstoppable chain of violence, contradictory social issues, conflicting ideologies, never-ending wars,... these are always spoken in the context of the gaps between races, cultures, and religions. Often it seems that today’s works of cinema perpetuate one side of these conflicts rather than explore ways to promote understanding of our differences.

Is there anything else cinema can do besides reaffirming the acrimony of our world on celluloid? Rather than describing human beings in the frame of power politics, cultural clashes, or religious conflicts, there should be films which blur and subvert those superficial gaps and differences. -- Atsushi Funahashi