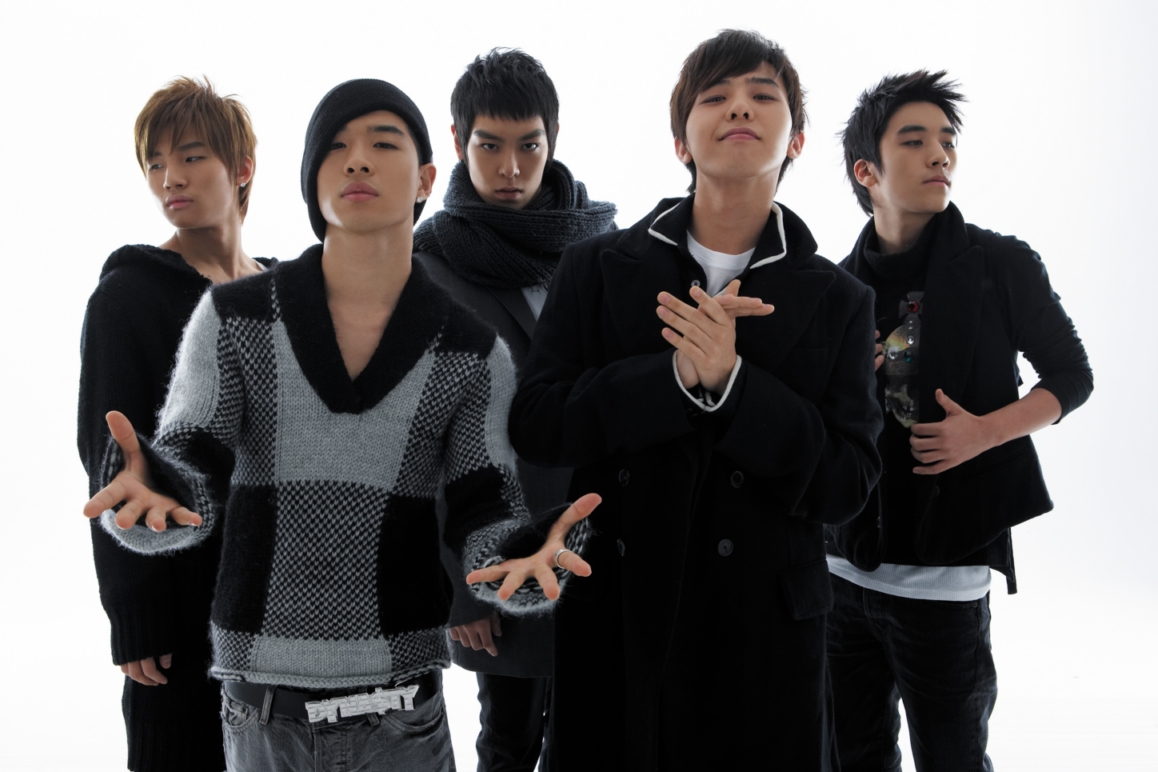 Big Bang made their debut in 2006 after MTV Korea released a 11 episode reality show chronicling the group's origins from try-outs to lengthy practice sessions. Their first concert was held at a YG Family (management company) concert at Seoul Olympic Park in August of 2006. The band then released a succession of singles that achieved moderate success.

In 2008, "Big Bang" entered the Japanese market with their Japanese album "For The World" (a collection of previous Korean singles in addition to new song "How Gee"). A third Korean mini-album "Stand Up" was also released.

Currently, the band is on hiatus while members pursue other activities. Member Seung-Ri is set to appear in his first feature length film with the April 9th release of "Why Did You Come to My House?". Seung-hyeon Choi, also known as T.O.P., stared in the KBS2 blockbuster drama series "IRIS," starring Byung-hun Lee & Tae-hee Kim.T.O.P also stared in the blockbuster movie 71-Into The Fire. Big Bang is now working on their comeback album for 2010.

bigbangs VIP Nov 05 2017 12:43 pm I'm from chechen grozny I dont really know if bigbang have any V.I.P fan from chechen because In chechen is nothing like that t.ex. like South korean or U.S.A or anything like that, Always wen i Think of that...........I just think that it just me in the World who know kpop....from my land...I mean,.................anyways please if there is someone from chechen say this please say something that I will know,.... that it is not just me who likes kpop

Ruth Apr 01 2016 9:26 am I love your songs especially BANG BANG BANG.I also love your dance steps they are so cool.

Bliss Hutchings Jan 07 2016 7:01 am Thanks for all your hard work and great music. It was actually the song "Good Boy" that introduced me to Korean music. I've found my passion to study hangul and persue a degree in East Asian studies when I go to college!! I don't know if you will read this, but I really wanted you to know that you have given me new opportunities through your work.

jasmine jonsson Apr 05 2014 3:08 pm can anyone tell about bigbang's and G-Dragon show and interviews i have been looking after it for awhile now?!!!

Wanie♥BIGBANG Mar 16 2010 6:07 pm GRRRR>_< i ♥ gdragon so damn much!!!so do d others!wish they could make a concert in MALAYSIA!plssssss...........haru haru,lies,last farewell n many more of their songs is my fav!cnt stop admiring them!!LOVE BIGBANG SO MUCH!