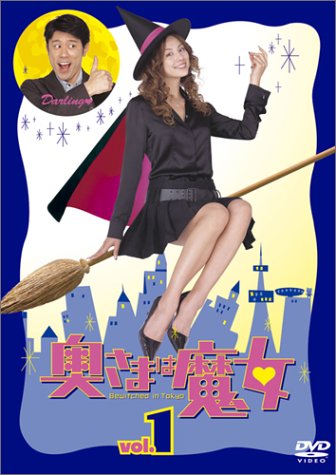 The wife is a witch! But she likes humans and she loves her husband.

Arisa is fascinated by humans. So much so that she leaves the magic world. But the broom she uses is faulty and she winds up in Japan. There she meets Joji Matsui who works at an advertising agency. Joji has been assigned by his boss Ichio Suzuki the difficult task of winning over Shiori Nomo who is in charge of corporate communications at a client. However a little word from Arisa helps Joji win over Shiori and his agency gets the opportunity to pitch. Arisa and Joji fall in love and marry. Arisa swears never to use magic again as she and Joji begin their strange witch/human married life. However, Arisa's mother, Daria wants to take Arisa back to her world and uses magic to be a nuisance to the new couple. Arisa has to take care of Joji's boss Suzuki who drops in all the time, the prying eyes of their neighbors and the interference of her witch mother. --TBS

Amshana Mar 27 2020 12:50 am This is an amazing series! still awesome watching it in 2020 march. Wish they will be officially translated to English with proper subtitles. The DVD is subtitles are horrible. Yonekura san is still awesome now! I wish i knew the theme song for this.