Behind The White Tower 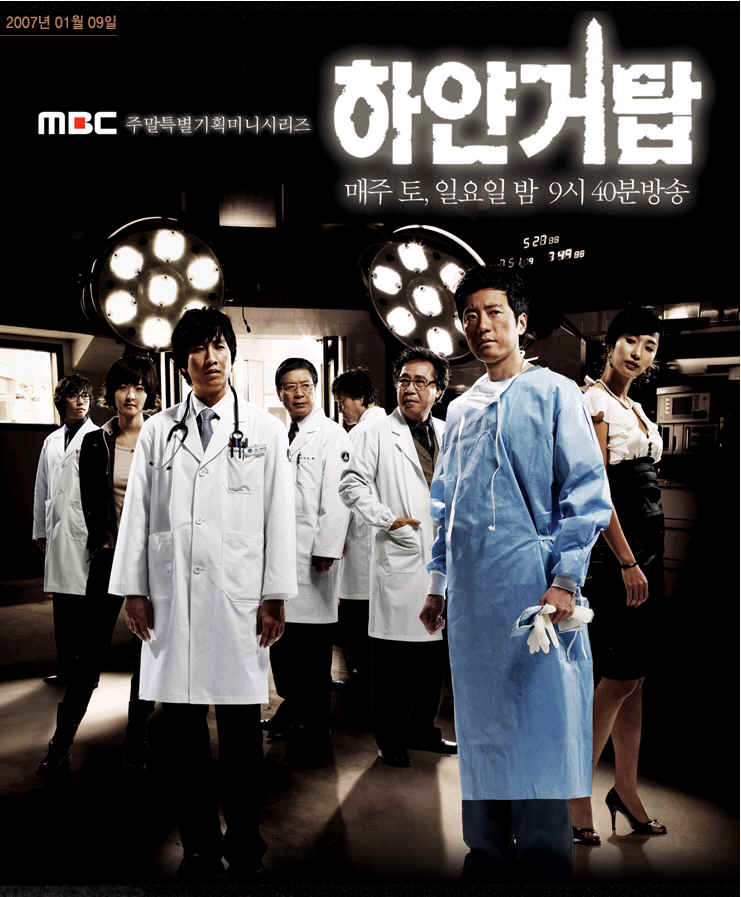 Set in a university hospital, Behind The White Tower follows one brilliant doctor's relentless pursuit of his ambition to its conclusion. By microscopically depicting the hidden side of the medical profession, it sheds light on a variegated spectrum of human types. The show recounts the friendship and conflict between two male doctors, one with a brilliant gift for his craft and the other with an innate warmth and a firm devotion to the healing art, and tenaciously investigates the lust for power that moves human beings in the White tower that is the university hospital.

Gasenadi Apr 23 2012 3:11 am Son Byung-Ho, familiar actor in dramas and movies (hilarious in Going by the Book) is not in the credits. He's the civil rights lawyer. Then missing also are the defense lawyers and the cameo of Song-il's son, who requested the autopsy but had to return to military duty before the trial.

Gasenadi Apr 23 2012 12:53 am Wonderful, suspenseful, gripping drama. But it frays my last nerve when hard-working actors and actresses get left out of well-deserved credits. If I knew their names, I would surely try to add them myself. Where are the actors that played the desperate married couple Dr. Jang kept leaving in that poor resident's inexperienced hands. And who plays Song-il's enraged brother? How about McKlellan and wife? That's 5 actors so far (up to ep.10) left out of the credits.