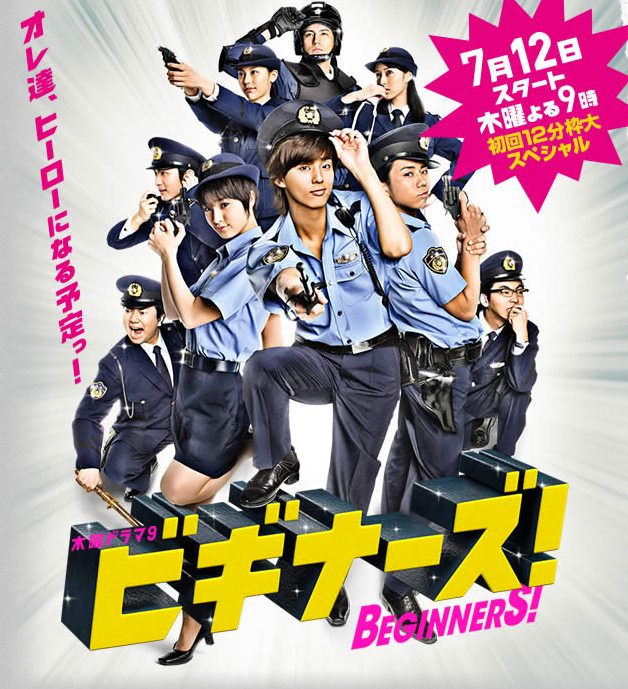 As a child, Teppei Shimura (Taisuke Fujigaya) watched his father, a police officer, ride his white police motorcycle next to marathon runners. At that time, Teppei wanted to become a marathon runner. Later, his father was fired from his job and his father then went missing. Teppei also got injured and his life has become a mess. He is well known as a troubled kid.

After Teppei graduates from high school, he decides to become a policeman on the advice of his childhood friend Yuichi. Teppei passes his test miraculously and is accepted into a police academy.

On the first day at the police school, Teppei wakes up late and gets to class late. He goes to S class where he is assigned. The classroom consists of a makeshift housing on a rooftop. There are 8 other students there including Danshi Tachibana (Hiromitsu Kitayama), who was born and raised by a rich family, Hiro Momoe (Ayame Gouriki), who decides to become a police officer to make her life more stable life and Teppei's childhood friend Yuichi.

As soon as Teppei sits in a chair, the instructor Naoki Sakuraba (Tetta Sugimoto) and teaching assistant Misaki Ryuzaki (Hikari Ishida) appear in the classroom. Misaki calls out Teppei, blaming Teppei for being late and even slaps him.