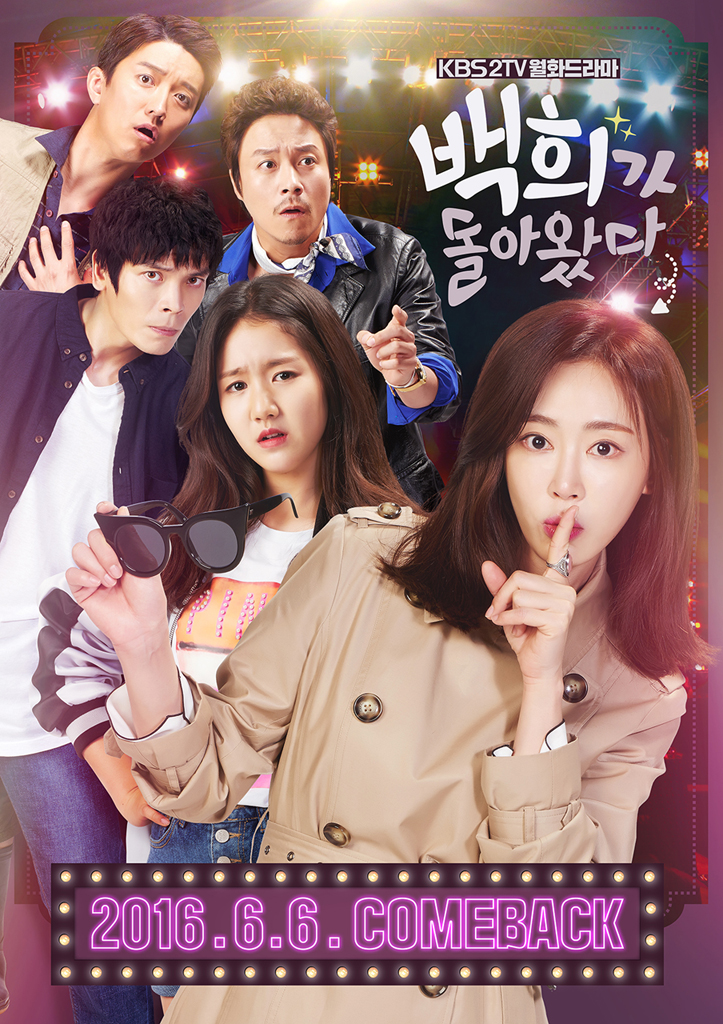 Yang Baek-Hee (Gang Ye-Won) returns to the quiet island Sumwol for the first time in 18 years. She has changed her identity.

AJ May 17 2021 3:29 am Sometimes we need a series like this. Short and sweet, with funny and sometimes touching moments.

zombie Mar 08 2018 7:15 am usually i got used to skip the comedy of the first episodes of a drama cuz its useless and a waste of time until a story line starts to develop thats where the real 'drama' begins by the time the comedy was ending i was in the middle of the 4th epi i forgot that this drama is only 4 epi and i said what the hell happened here ha ha ha if they want to make a 4 epi drama they should start with the story line from the first minute of epi 1 not wasting so much time with useless comedy they made this drama as if it was a 50 one hour epi drama very bad drama dont recommended

KdramaNoona Oct 22 2016 6:54 pm I love this. I am so glad to see Kim Sung-Oh as lead actor. I really love him. He can play any role. I am hoping to see more of him. Great story line. I recommend this

Pammo Jul 06 2016 3:31 pm A lot was packed into this 4 episode drama - that starts with humor and by the third episode I was balling my eyes out with feelings of grief. An excellent drama that needs to be seen in its totality to appreciate. Slapstick in the beginning made it questionable but I am glad I went back to view the entire 4 episodes. Valuable life lessons including friendships and lots of misunderstandings that are resolved - thankfully. A complete drama.

rudy Jun 20 2016 1:02 am Over the years I have watched countless Korean dramas. I love them. But "Becky's Back" is the worst I ever saw. I could not finish the first episode, yet a watched the second and turned the TV off after 15 minutes. It's crap and I hope you will not show again such a stupid drama.

Ryo Kim Jun 17 2016 10:45 pm Too bad this drama only airing for 4 eps. I like the story and cast, so comical & funny. Jin Ji Hee also more cool since on Seonam High Drama. The song I know from this drama : Uhm Jung Hwa - Poison and Sechkies - Pom Saeng Pom Sa. The other song on dance club maybe from sobangcha or park nam jung idk.

Diamond Jun 15 2016 4:09 pm This particular drama is really interesting but my only problem with it is why it has just 4 episodes. Like i am really enjoying it, who is with me?

sun4fingerisbae Jun 14 2016 6:17 am Kim Sung Oh ajusshiii is soooo cool in this. I wish this drama get more than 4 episodes though, sad that it will end tomorrow.

Wulan Jun 03 2016 3:02 am Come here for Jin Jihee. I become her fans since watch her acting in Seonam Detective. She is so cute but her acting was really good. Can't wait to see her again :)