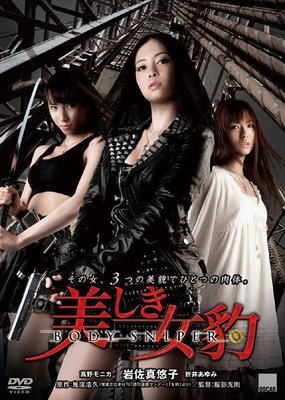 A popular fashion model, Hikari Fujimi, has more than one identity. To avenge her parents, who were killed by the leader of a crime syndicate, she received training to become an assassin from Nirasaki, her father’s right-hand man. With multiple personalities-- herself; a woman with superhuman skills; and an innocent girl who repents her sins-- she changes at will. While having a hard time with her problematic brother, Osamu, and his girlfriend, Sayoko, she takes on a new contract, but she finds a brutally murdered corpse and a man in a mask at the scene. The masked man springs out at Hikari with a Japanese sword. She changes to her second personality, but even she is no match for his ferociousness and the man runs away. Who is this brutal murderer? In the meantime, her next target is Nitto (Yuji Nakamura), the leader of a crime syndicate, Nitto Gumi. Her client, Kotaro Kuga (Makoto Koshinaka) hired Hikari to avenge his father who was killed by Nitto. Hikari accepts the job, catching a glimpse of her past from him, but it is shrouded in terrifying intrigue. In a desperate struggle, can Hikari rally a charge? What lies at the end of the battle? -- Geta Films