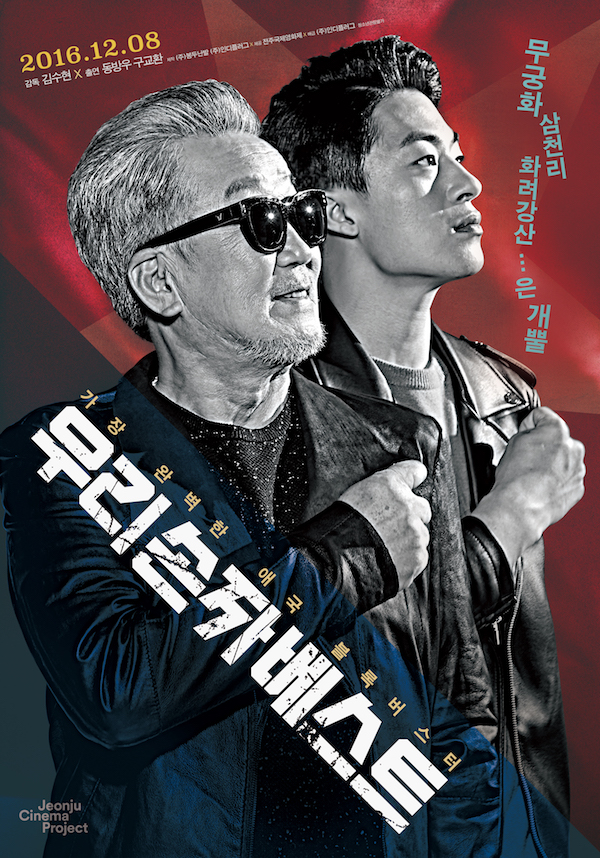 Gyo-Hwan (Koo Gyo-Hwan) is an unemployed young man. He spends most of his time on the right-wing internet site “Neonanana Best.” Jung-Soo (Dong Bang-Woo) is a man in his 70's. He claims to have dedicated his whole life to fighting against the leftists. Their special love toward their country begins when they meet by coincidence.