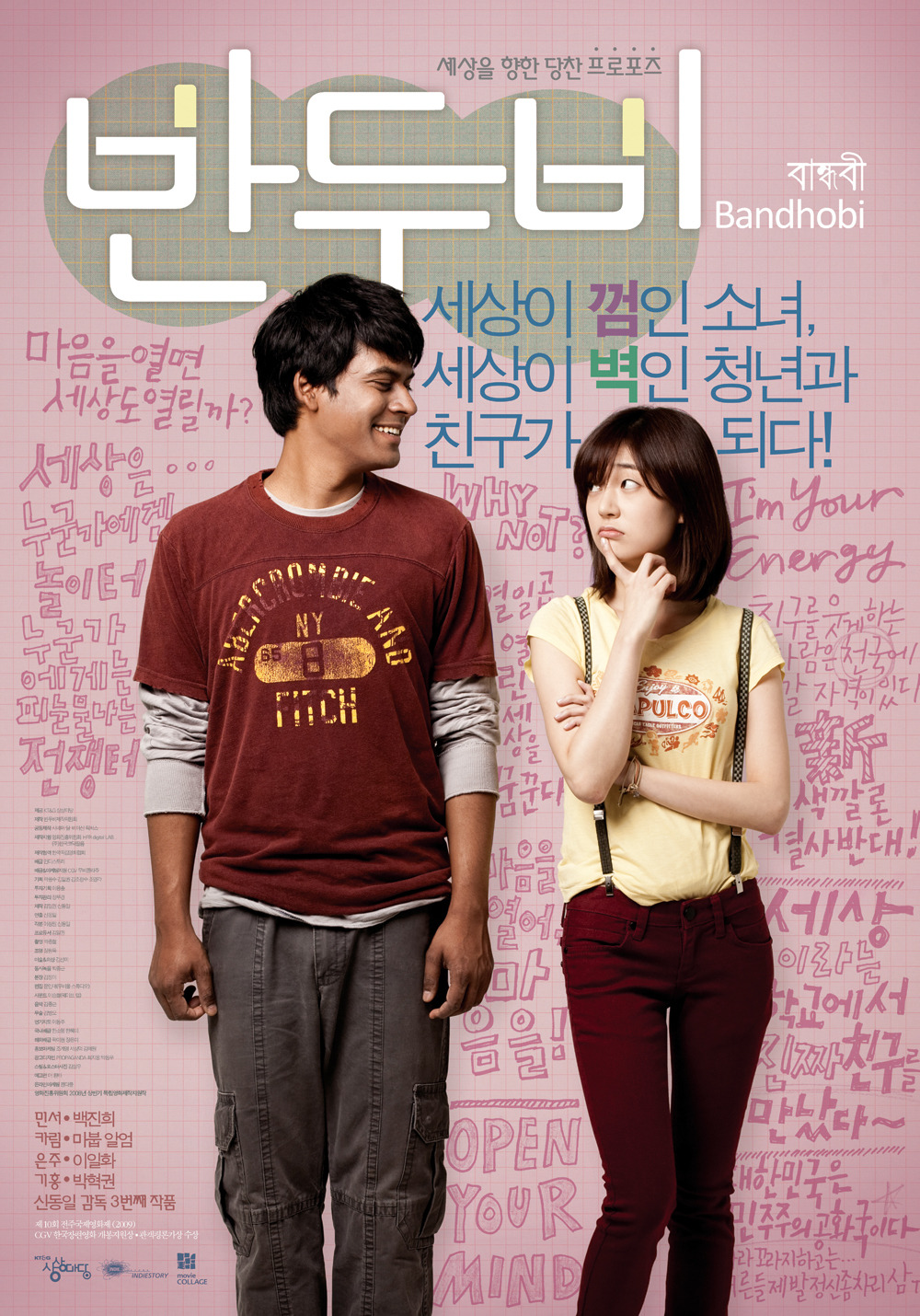 Min-seo, a 17-year old rebellious high school Korean girl, lives in a small apartment with her mother and her mother's penniless lover. She hates her mother's lover and doesn't understand both of them.

Karim, a 29-year old Muslim migrant worker from Bangladesh has to leave Korea in a month. Before departing, he is desperately searching for his ex-boss to receive his unpaid salary.

One day, Min-seo finds a missing wallet but is caught by the owner, Karim from Bangladesh. She tries to dissuade him from reporting her to the police by offering to grant him a favor, and reluctantly agrees to help track down his former boss who owes him one year's pay

Appalled Sep 24 2019 1:29 am There's a scene in the movie where the Bangladeshi guy meets the Korean girl's white English teacher. The white guy calls Korean girls "sweet", but later the Bangladeshi tells the Korean girl that "sweet" means "Korean girls look like whores". Predictably, the Korean girl goes back and physically attacks the white guy at the school where he works. You can tell that Koreans and Bangladeshis have a lot of pent up jealousy towards white people and they decided to vent their frustration in the most juvenile way possible. They make a Korean girl attack a man who literally does nothing wrong in the whole movie. At first I was mad at this obvious racism, but then I realized how satisfying it was to see these pitiful Asian filmmakers impotently beating up a white boogeyman in their movie. U mad bro? Hahaha

Sarath90 Feb 05 2014 7:47 am Nice film. But I would like to know whether any korean person posted favourable comment for this movie.

Mohd Anisul Karim Aug 15 2011 3:39 pm Splendid work by the director. BTW, to the writer of this article... I liked your review (which, in fact, prompted me to watch this movie), but if it matters... please don't consider Bangladesh to be an 'undesirable' country. It isn't. No country is , in fact. The movie, IMO, was about about how, as humans, should we take the time to understand each other.. differences like skin colour, culture, religion etc should PALE in comparison to the very many similarities we share. In fact.. appreciation of such bonds would have us do things for each other, we would never do otherwise (case in point... Minh-Suh thrashing the house of Karim's former employer or Karim repeatedly refusing marriage, even though it would have been the easy way out for him, but yet choosing not to take advantage of her.). All in all, a great movie! :-)

Towhid Jan 18 2011 5:27 am It's the best Korean film I've ever seen ! And it really makes me proud being from Bangladesh :D It's a movie that really didn't have flaws, and it conveyed the message it was intended to convey much better than I would have thought was possible for a movie ! It's one of the best , and Dong-il Shin & Lee Chang-won really should make more like these ! Congratulations to everyone involved in the movie !

Dazzlr Jan 16 2011 5:55 am This is quite a wonderful movie.. it's got a good story-line, it's well written, the cast is very good and most of all it's got a message (and a good one for that matter). It's down to earth, and I think it basically achieves what the creators intended to achieve, in a very artistic fashion. In this day and age of hollywood movies with all the fireworks and what not, Bandhobi manages to recreate wonderful sense of reality. It's very emotional, and the apparent lack of background music means it's all achieved through good acting and videography. I loved every it! It's the kind of movie that makes people look beyond color, nationality or religion. And it also highlights the plight of poor migrant workers in Korea, which obviously is not just a problem in Korea but in many other industrial countries as well. This seriously should've been more popular than it was.

vicky30 Nov 18 2010 8:57 am It is exciting movie, but a bit boring though. But it have attraction. I'd like it by showing how hard for migrant worker to work in other countries. I think it's nature in development countries took advantage workers from poor countries. So this movie may mean not too harsh for migrant workers.

Hamlet Sep 30 2010 5:46 am Hi, i’m Hamlet from Brisbane Australia, i would like to congratulate Dong-il Shin & Lee Chang-won for such an epic masterpiece and my korean friend julee who give me this movie as a gift. I was reading all the comments,in my opinion, i couldn’t find any significant fault in this movie. The producers really try to depict the reality in the korean society. Look, no nation in the world can claim that they don’t have racism in their country. But still there are some good friends, you will eventually find them on top of racism, who will dedicate their life in the name of friendship, in the end,all that it matters. The conclusion of the movie where the actress Bae Jin-hui order Bangladeshi food in the restaurant and use her hand just like Bengali people,this is what we learn from different culture, that's how i learn how to eat Korean food with chop stick. This is the best korean film i’ve ever seen, i would like to ask Dong-il Shin & Lee Chang-won to make more movie like this so that we can learn from different culture.

Nasir Nov 29 2009 1:20 pm this is a decent movie. Shows how migrant workers face hardship and how people percieve them. i enjoyed movie.

Tishe Nov 21 2009 6:32 pm The best movie ever! There are times like these ones that I'm really proud of being from Bangladesh.