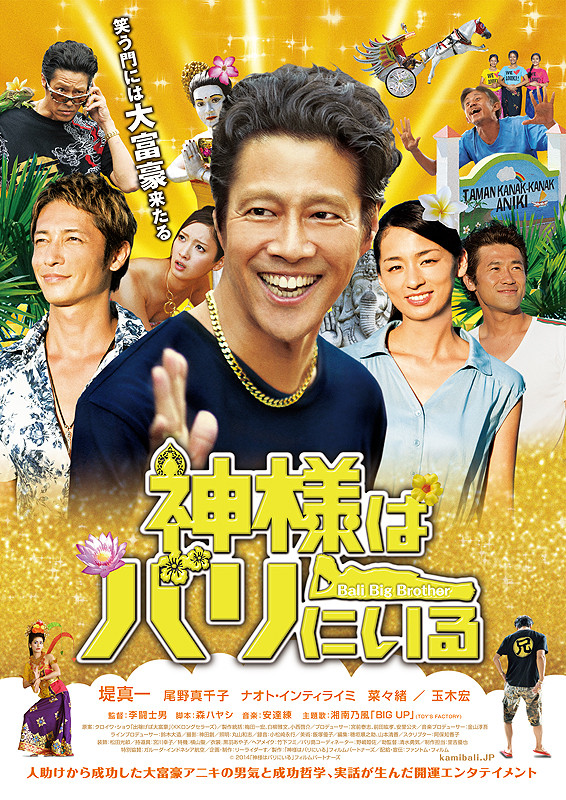 Sachiko (Machiko Ono) runs a business in Japan, but her business fails. She then escapes to Bali. There, Sachiko meets rich Japanese man Aniki (Shinichi Tsutsumi). From him, Sachiko gets encouragement.

christina chambreau Aug 09 2015 9:06 am On Qatar air this movie was available on my first trip to BALI!!! so serendipitous. then I watched it on my way home and it did capture the flavor of Bali. I loved the empowering message, too. I am recommending it to everyone I know.