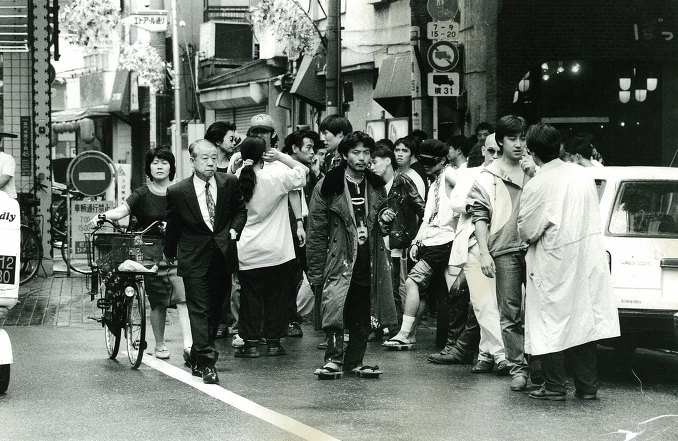 "BAD FILM" is a legendary production that was shot in 1995 over the course of the year, but went unfinished due to funding difficulties. This year, over 150 hours of footage captured on the now obsolete format Hi-8 (8-millimeter high resolution video), was re-edited to create a stunning work of cinema. Its concept: "Near the end of the 20th century on Tokyo's Chuo train line, just before Hong Kong's return to Chinese control, masses of people go on a rampage, and love runs wild." Its premise sees Koenji being taken over by Chinese, and running battles erupting on a tremendous scale between Japanese vigilantes and foreigners on the Chuo Line, Shinjuku, and elsewhere. Most of the cast are members of Tokyo GAGAGA, a performance collective formed by director SONO Sion in 1993. -- Tokyo Filmex