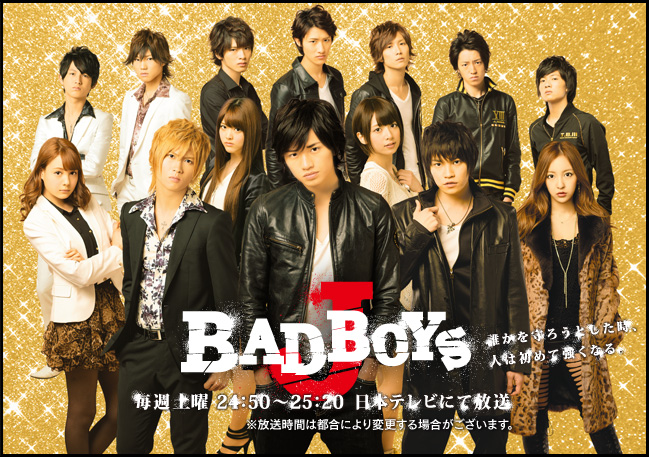 One day, Tsukasa fights with the Shun, the leader of "Gokuraku Cho" and beats him. Tsukasa now becomes the 8th leader for "Gokuraku Cho".

Msgirlcharli Jun 13 2017 9:45 am Just finished watching this eventhough it was 4yrs ago. I came to watch this because of Nakajima Kento but after awhile I fell in love with the series. :)

Aliiicceeeuuuuu Oct 02 2016 5:43 pm OMGGGGGGG!!! NOGIZAKA46, TOMOCHIN, AND REINA ARE IN THIS SHOW!!! Must watch this now! Bless the heavens for me discovering this

Lalalala Feb 05 2016 10:59 am I love this drama..Falling in love with OST...Then, i'm decided to watch. I thought that this drama so boring..But, this drama really exciting..I love Danno..

Freddy Jan 28 2014 9:10 am Thanks for sharing your thoughts. I really appreciate your efforts and I am waiting for your further write ups thank you once again.

Z6 Sep 04 2013 8:22 pm You really make it seem so easy along with your presentation however I in finding this topic to be actually something which I feel I might never understand. It seems too complicated and extremely broad for me. I'm having a look forward to your subsequent post, I will attempt to get the hold of it!