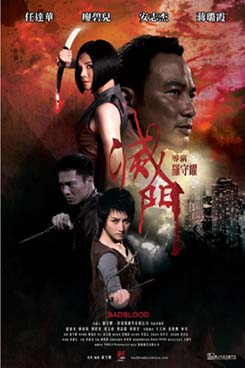 The boss of Hong Kong Triad Organization "Tung Luen Shun", Andy (Eddie Cheung) was arrested and executed for smuggling counterfeit Renminbi in mainland China. With the boss removed, "Tung Luen Shun" was in a critical stage which a new leader had to be appointed fast. The great sum of Andy's estate also caused a major conflict among the Triad family members. Mysterious murders followed, causing deaths of many leading members of the gang. An evil plot was set to seize control and possession of "Tung Luen Shun".

Who's the mastermind behind all these killings? The arrogant strong man, Funky (Simon Yam) ... the seemingly gentle daughter of the gamily, Audrey (Bernice Liu) ... the quiet and deformed warrior, Calf (Andy On) ... the greedy senior members, Hung (Ken Lo) and Zen (Wai-Man Chan) ... the naive younger brother ... all the other wives of the former boss ... or the mysterious mute girl, Dumby (Jiang Luxia)?

Fight after fights; killing would not stop until the last member of "Tung Luen Shun" was put away. Who is the ruthless murderer? Not until the end would you find out who could kill them all!