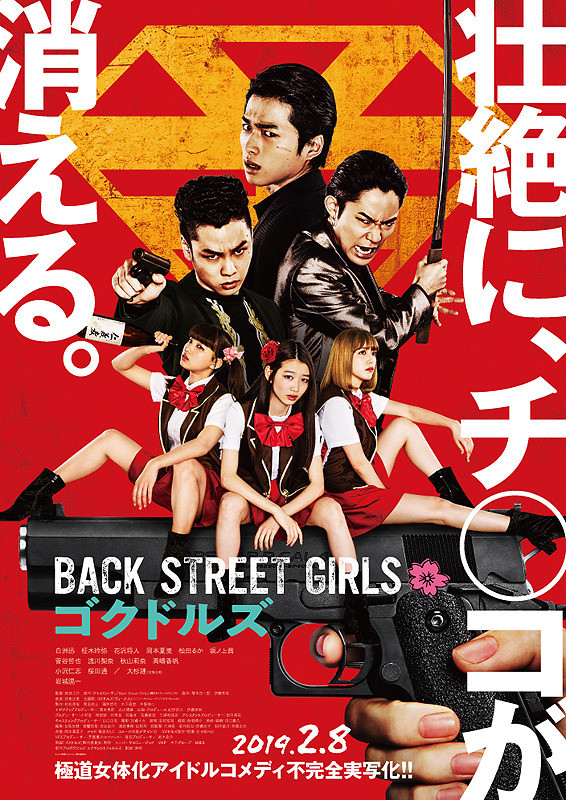 Kentaro Yamamoto (Jin Shirasu), Ryo Tachibana (Reiya Masaki) and Kazuhiko Sugihara (Masato Hanazawa) are young yakuza members. They make a mistake which angers their boss and the young men beg for their lives. Their boss heard that idol groups can bring in a lot of money. He forces these 3 young men to undergo sex change operations and receive plastic surgery. Post-operation, the three men, who are now women, debut as female idol group “Gokudoruzu."

ren Oct 26 2019 3:04 pm The cinematography and transitions of this movie is reeaally nice

Ryu Samuël Feb 26 2019 3:28 am This movie has a Drama version too. It's still ongoing and I've only seen the first episode but there are no infos about it. Please post the description of the drama in Asianwiki. :)