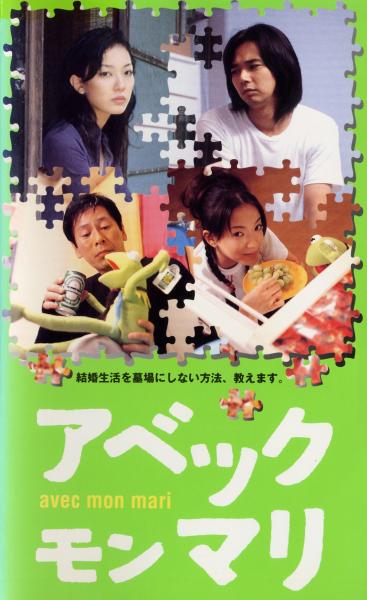 Mitsuko working at a publishing company has married with Tamotsu a freelance photographer for three years. Unlike Mitsuko, a career oriented and agressive woman, her husband Tamotsu is very sweet and good at cooking and sewing. Although they are completely different, they seem to be a balanced couple in a way.

One day, Mitsuko has a big fight with him believing that he has an affair with Mayu, a fashion model. She forces him to sign a divorce form and says that she has already submitted the form to the city office. Tamotsu is kicked out from their apartment and has to move into Mayu's room, eventhough Mayu seems to have another extramaritial love affair with a famous art director, Nakazaki who is now working with Mitsuko.

Under such complications, Mitsuko meets Mayu in Nakazaki's office. There, Nakazaki overhears the conversation with them that Tamotsu is staying at Mayu's. Nakazaki desperately wishes to make Mayu and Tamotsu break up, then asks Mitsuko out for a drink. He realizes that Mitsuko doesn't seriously want to divorse Tamotsu, so he invites Tamotsu to his weekend house in Kamakura for the reconciliation.

Next weekend, Tamotsu, Mitsuko, Nakazaki meet a Nakazaki's house trying to remove all misunderstandings. However, Mayu suddenly appears and the four relationships become tangled and twisted worse and worse.

Avec mon mari means "with my husband" in French.