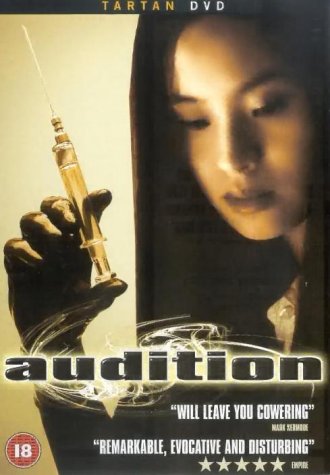 TV producer Shigeharu Aoyama (Ryo Ishibashi) has a teenage son (Tetsu Sawaki), but is unmarried. His friend Yasuhisa Yoshikawa (Jun Kunimura) has an idea to find Shigeharu Aoyama an ideal woman that he could possibly marry. They hold a fake movie audition. Shigeharu Aoyama finally settles on a woman named Asami Yamazaki (Eihi Shiina). Shigeharu will soon realize that there's a far darker side to the attractive woman. 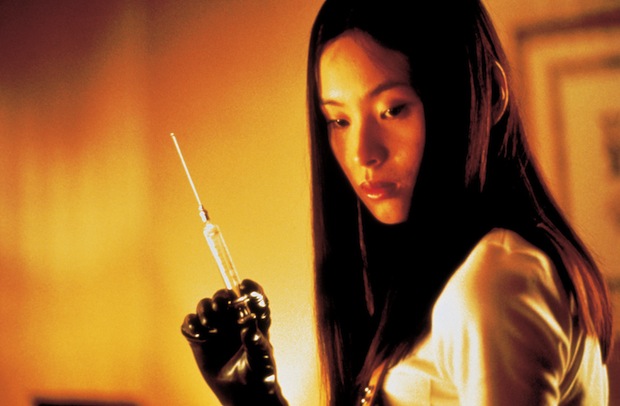 shokkita May 26 2011 2:16 am luckily for me, i watched this movie years ago without seeing that cover, that cover really spoil the movie =/ anyone knows where can i see the original japanese cover?