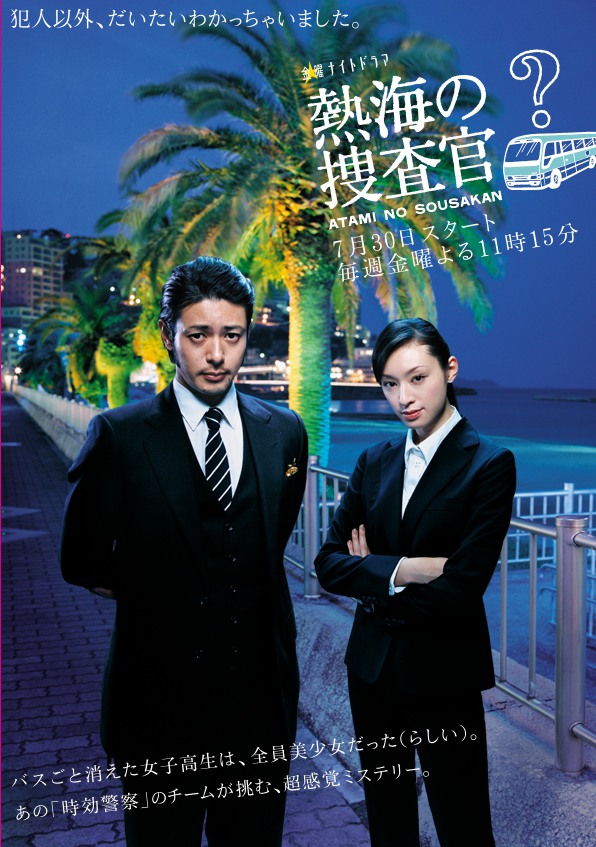 As soon as the case is reported to the police station, Osamu Sizu (Yutaka Matsushige) leaves for the accident scene. When he arrives he spots the bus driver running in the woods. No clues are to be found.

Three days later, late at night, Mai Shinnome (Ayaka Miyoshi) is found unconscious at a downtown bus stop. She is sent to the hospital, still unconscious, and the other three girls are still missing.

himawari Oct 22 2016 2:44 am Watched this for odagiri joe 6 years ago, it was good. I think I need to rewatch this for yamaken, not noticed him before .

Juliana Oct 10 2015 4:50 pm Someone should deeply analyze this drama for the viewers who do not understand the ending (me). The drama was an interesting ride.

Nikki Jan 08 2014 4:24 pm I really enjoyed this drama. A great mixture of comedy and mystery and I thought the music and wind throughout gave it a great atmosphere. Only annoying thing in my opinion is that it left a lot of questions at the end but i can live with that!

Krysa Sep 09 2013 12:46 pm This one was really a mysterious one! Great story and (as usual) many retarted people. That huge fish made me ROFL everytime it appeared :-))) Looking forward to see more.